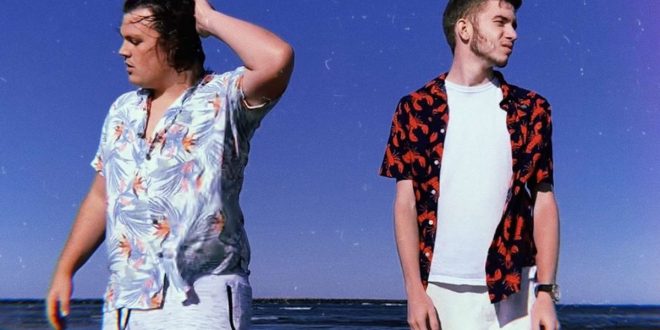 “We wanted to write a sad song that was still upbeat and happy,“explains Hunter Myers, who along with band mate Zac Young make up the Acoustic duo Two Towns. The band has just dropped their debut single ‘Should Have Been Me’, an acoustic Bedroom Pop single intent on creating a vibe.

Hailing from Milton,VT, the acoustic duo formed in 2019, but have been playing music for most of their lives. “Hunter started playing when he was thirteen“, says Zac Young, “I’ve been playing since I was six.” Capitalizing off of the attention they are receiving from ‘Should Have Been Me’, Two Towns are currently finishing up their debut album, Shell City, due later this year.

‘Should Have Been Me’ is now streaming on all major platforms. Check the song out on YouTube, below.