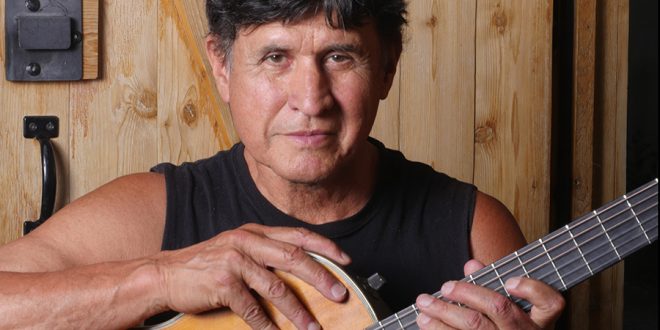 Renowned singer songwriter John Michael Ferrari’s first full-length album My Early Life is a blast back to the past, including 12 songs he wrote years ago. Known for his songwriting style that comes with storytelling and child-like wonder, Ferrari compiled his favorite previously penned tunes to create a nostalgic saga that gives you a glimpse into what this raconteur has lived through.

Not to be confined to one box, Ferrari showcases his versatility throughout the album with various songs that can be classified as blues, pop, country, and more. Each song is unique in that it channels a new feeling different from the last one, while venturing into different styles with elements from multiple genres. In terms of the messages Ferrari conveys in his lyrics, he knows how to touch on sensitive subjects as well as keeping it light-hearted and fun when appropriate. In “Don’t Fall Between the Daylight”, he tells the story of a childhood friend who confessed to self-harming as a result of the pain she endured as a victim of poor mental health. Ferrari uses his voice to bring awareness to the severity of the too-often occurrence of teen suicide. On the other hand, he lightens the mood in his song “Let’s Run Away to Alaska”, which is based on an unsuccessful pickup line he attempted to court a young woman with back in the day.

After experiencing a particularly rough childhood and being sentenced to the Nevada State Children’s Home at age 15, John Michael Ferrari joined the United States Army and served in the Vietnam War, during which he wrote his first hit, “Dustoff”. A tribute to the brave men and women that come to the aid of wounded soldiers on the battlefield, the song is still celebrated among veterans today. In addition to being a songwriter and performer, Ferrari has had a hand in film directing, photography, entertainment journalism, performance coaching, and has written a book of his own as well as collaborating with his producer Pepper Jay to author “Dynamic Song Performance, The Singer’s Bible”. He now lives with Jay on their ranch in southern Nevada.

You can stream his album My Early Life at https://open.spotify.com/album/6VVzOPZXMg4KTpbTZLB6Lk?si=JTek0FxGQfWg4TKzSY6fow.

Stephen Vicino is the founder of MusicExistence.com. He created this site to give talented musicians a voice and a way to be discovered.
@@svicino
Previous Heathen Release Album Trailer About First Single “The Blight”
Next BURY ME by Jay Vinchi