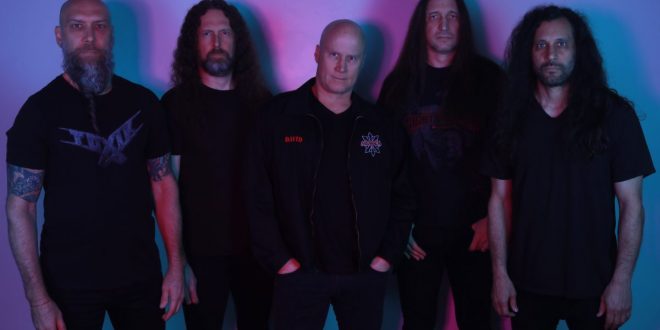 Bay Area thrash legends Heathen recently revealed their fourth studio album entitled, Empire of the Blind, will be released on September 18th via Nuclear Blast Records. Today, the band released the first album trailer. Watch as the band discuss the first single, “The Blight” which can be seen below. 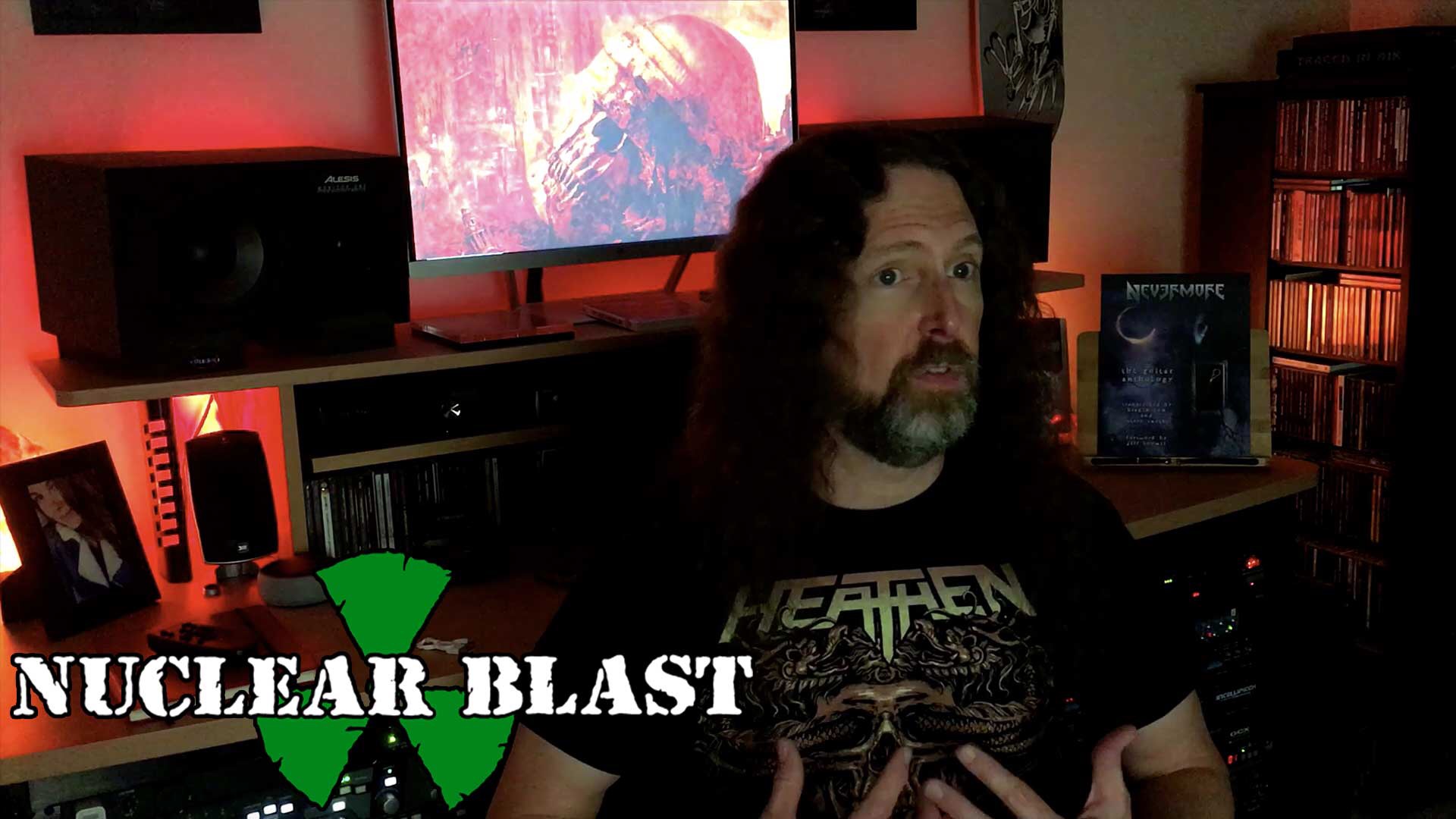 Last week, HEATHEN released the lyric video for the first single, “The Blight”, below:

The band comments: “We are very pleased to announce Empire of the Blind! It’s been another 10 years but we are finally back with a new HEATHEN album. Fine wine takes time! Everyomne in the band worked their asses off on this record. Zeuss absolutely nailed it and more than realized our vision for the sound. Travis Smith perfectly captured the bleak atmosphere that we imagined for the artwork. It was a year in the making and we couldn’t be more proud of the outcome. The 1st single ‘The Blight’ is just the beginning… behold the rising Empire!”

Empire of the Blind was for the most part engineered, produced, mixed, and mastered by Christopher “Zeuss” Harris at Planet Z Studios. Additional details—rhythm guitars, etc.—were put to digital “tape” by Kragen Lum at SubLevel Studio in Little Rock, AR. The album features guest appearances by Gary Holt (EXODUS, SLAYER), Rick Hunolt (ex-EXODUS) and Doug Piercy (ex-HEATHEN). The cover art to Empire of the Blind was once again handled by renowned artist Travis Smith (OVERKILL, EXHORDER).

Empire Of the Blind will be available in the following formats:

Pre-order your copy of Empire Of the Blind in the format of your choice here: nuclearblast.com/heathen-eotb
Pre-save the album on Spotify, Apple Music and Deezer here: geni.us/HeathenEOTB 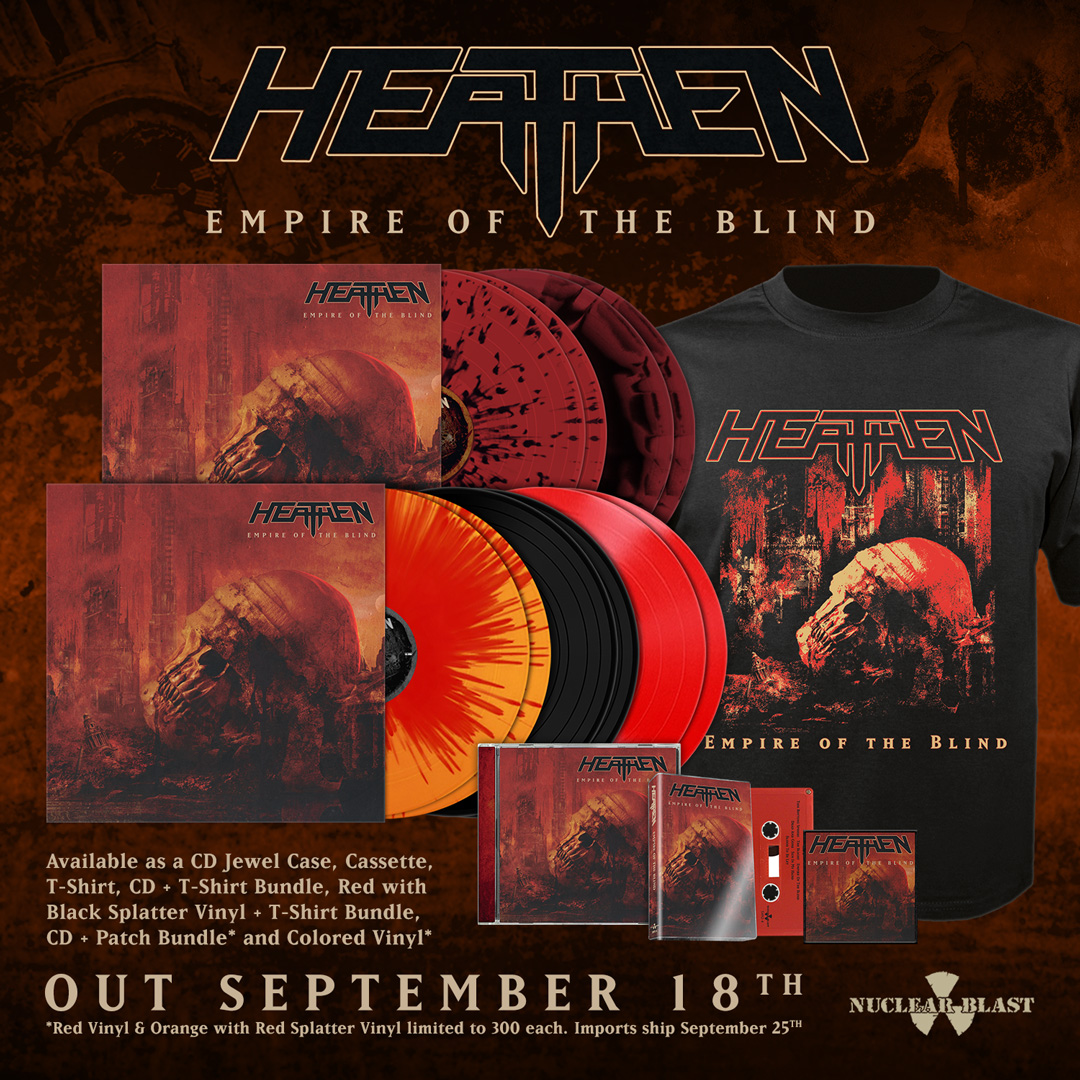 Below is the Empire Of The Blind track listing:

NewYork Based Photographer. Music Enthusiast with a background in Graphic Design. Whether I'm shooting a live event or just out wondering the streets its about capturing the moment.
Previous Mora Prokaza Streams New Album in Full
Next John Michael Ferrari’s My Early Life is a Tribute to His Eventful Past