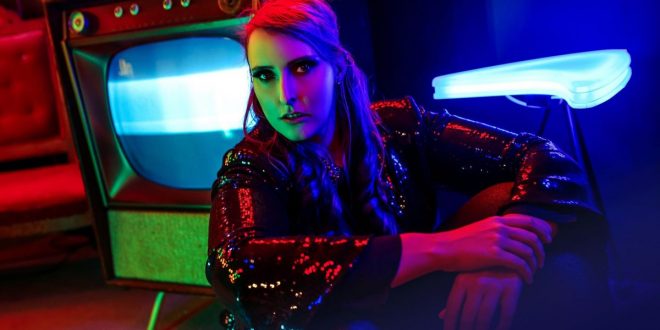 Kristen Karma leads all MTS Artists with 5 nominations. The 6th edition of the world’s largest independent music awards will be held on September 5th, 2020.

NASHVILLE, TN, USA, June 16, 2020 — MTS Management Group is proud to announce their artists have been nominated for a total of 33 Josie Music Awards (JMAs) this year. Canadian pop singer-songwriter Kristen Karma leads all MTS Artists with five nominations. The JMAs are the world’s largest independent music awards show. This year’s ceremony will be held on September 5th, 2020 at the Celebrity Theater in Dollywood Theme Park, Pigeon Forge, TN.

Kristen Karma is nominated for Best Musical Collaboration for her tribute to her father, “Dear John” (with Marian Hanna and Mr. ATP.) The song is nominated for Best Pop Song, and the video is up for Best Music Video. Karma rounds out her nominations with a nod for Best Pop Artist and Female Rising Star. Pittsburgh guitar virtuoso Brady Novotny earned 4 nominations, while his wife, Jennifer also earned a nod for Best Christian/Gospel Vocalist. Austin’s Atlas Cage received a total of 4 nominations for his work with Strings Of Atlas and Chords Of Eve. Another Pittsburgher, Gary Burk III, along with Kansas City’s Bill Abernathy and Ottawa’s Cory M. Coons each received 3 nominations. Finland’s Tom Tikka and The Impersonators received 2 nominations, as did perennial JMA nominee and previous winner, Canada’s Ed Roman. Pittsburgh’s Ashley Puckett and Ottawa’s Darren Michael Boyd were each given one nomination. MTS Management Group/MTS Records was also nominated for 3 JMAs this year, including Record Label, Promotion Company and Management Company.

Nominees were chosen from more than 30,000 submissions. For a full list of announced nominees, please visit https://www.josiemusicawards.com/official-2020-nomination-list.html

“Once again, we are blown away by the nominations that our artists have received,” said Michael Stover, President of MTS Management Group/MTS Records. The JMAs have become the gold standard of indie music awards, and we’re honored to be named among the best of the best. Here’s to all of the nominees! Good luck to everyone, and we’ll see you in Dollywood!”

ABOUT THE JOSIE MUSIC AWARDS: The Josie Music Awards is a brand of The Josie Network, LLC owned by the highly-respected partnership team of Josie Passantino and Tinamarie Passantino. This team set out and successfully created an award show where winners are selected on their talent, skill, material, professionalism, and more and NOT by button pressing voting. Nominee suggestions go through a lengthy review process by a team of industry leaders and the official nomination list is created from their final decisions. Winners are also selected by this industry leader team (this review team has no connection to independent artists).
​
The Josie Music Awards is an all genre music award show ceremony which includes a lavish red carpet and many performances. Since its inaugural celebration in 2015, the Josie Music Awards was, is, and remains the largest independent artist award show globally. Certainly, the most gala from the red carpet to the breathtaking venues the award show has been held in such as The Gaylord Opryland Resort “The Springs” building and the world-renowned Schermerhorn Symphony Center Concert Hall, The Nissan Stadium (all located in Nashville, Tennessee) and The Celebrity Theater in Dollywood (Pigeon Forge, Tennessee). Thousands of people from around the globe attend such as independent artists, songwriters, record labels, talent agencies, promotion companies, producers, engineers, management companies, press, music industry businesses, family/friends/fans, and more come out each year to enjoy the performances, award recognition, and the elaborate celebration. For more information, please visit https://www.josiemusicawards.com/.