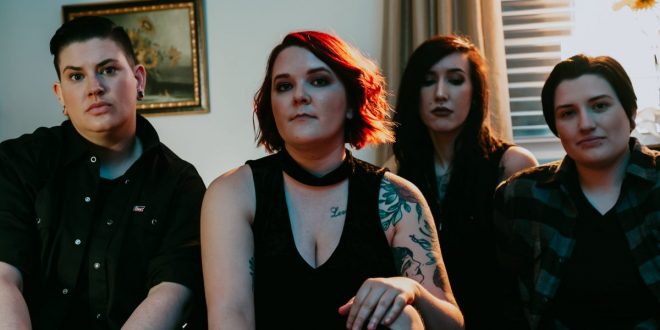 Vancouver’s own Strange Breed is set to premiere their newest video for “25” tomorrow night at 8PM PST // 11PM EST via YouTube. The all-female, all-queer, alternative rock band from the West Coast will also be hosting a live Q&A on the band’s Facebook page following the release of their video.

The newest single “25” comes from the band’s 2019 debut album Permanence. The song and video depict very heavy themes of mental illness and encourages society to continue the conversation about mental health beyond music and film. Singer Nicolle Dupas states, “We hope that through releasing this video, it will allow others to see their stories reflected in ours and know that they are not alone. They can always talk to us, and I hope they see that there is a fight within us all, and that we can all come out on the other side.”

Strange Breed has seen success across Canada over the past year and has been compared to the likes of Sleater-Kinney, Bikini Kill and Hole. They are currently writing new material while also planning their 2020 North American Tour.

Toronto based writer for Music Existence. Lover of all things rock n' roll and Star Wars.
@katietymo
Previous The Coo release new single ‘If Only’
Next Album Review: Catherine Corona – The Voice of the Stillness