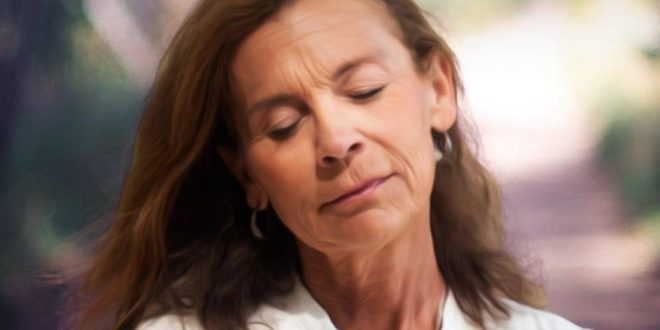 Album Review: Catherine Corona – The Voice of the Stillness

Catherine Corona (Ramalla) is a Colorado-based singer/songwriter, filmmaker, author, and instructor. Having established a sound current and meditation practice for over four decades, she has been called the Master of Stillness. On YouTube, Corona hosts live morning meditation sessions at 9 AM Mountain Time. Her musical tenure has risen to similar heights, as her latest album, The Voice of the Stillness, reached #1 on the New Age Music Guide Chart, and received acclaim from outlets like The Daily Music and Stereo Stickman.

On Corona’s debut album, the message of keeping a strong faith in God rings pertinent especially in these times of uncertainty. Beginning on the title track, there’s an immediate sense of serenity that fulfills the track’s intended purpose. Corona’s vocal tonality – angelic yet piercing – is carefully woven around a similarly light and warm synth foundation. True to her seasoned approach, even as the tone changes to the minor register at around the halfway point, and through a contrastingly ice-like pad arrangement, her level of control remains strong and intact. The second track, “Amen,” fares decently as well, showcasing a melodic string sequence with gradual build-up as it progresses. Much like the previous track, with its field of instrumentation, the involvement alongside Corona’s voice blends competently. Further on, the tracks “Om Shanti Om” and “Its In Your Glory” expand on those characteristics, with the first incorporating a more direct synth and string approach, while the next incorporates brief but well defined tribal percussion toward the halfway point. Capping the first side is another Sanskrit mantra “Om Namo Bhagavate Vasudevaya,” which sports an interesting chord choice that comes across as both traditional and contemporary. Its percussion features increased depth this time around, each hit of the tabla subtly accentuated by an airy sitar backdrop encompassing the general involvement.

Toward the latter half of the album, the initial string-based accompaniment switches to guitar, and subsequently, a thematic angle centering on feeling clear-headed as a result of devotion. Those characteristics are especially poignant on “I Am Free.” Its combination of major chord sequences with open strings enriches the sound, and makes for both a refreshing and ultimately refreshing change of pace. Aside from some additional string melodies that gradually venture into the song, Corona’s voice feels distinctly bare, indicative of the sentiments from its title. The second and last of the guitar-based tracks, “Open My Eyes,” maintains those characteristics, and even provides some variety given the alternating placement of arrangements. Of the two instrumental tracks on this album, I particularly enjoyed the final one, “Oh God Beautiful”. Its lead string melody blends nicely alongside the piano, and seems to really provide a complementary factor to the color palette of the album art. It is the longest of the album’s tracks, allowing for the elements to shine while spaced out within the mix, as well as breathe, to an extent. Once the involvement peaks around the halfway point, the distinctive elements that defined the previous tracks (guitar, sitar, tabla) make a welcome return. By the end of the track, I appreciate how the lower end of instrumentation hangs on a bit as the involvement subsides, making the listening experience feel truly complete.

Overall, The Sound of the Stillness was both an engaging and uplifting listen from beginning to end. While it’s common for new age-styled albums to fulfill the simple purpose of nuanced aural stimulation, this album does something more – not only in its representation of faith, but faith across multiple cultures, allowing for a wider audience to be reached. Corona’s genuine delivery matches her intention on a threefold level – thematically, instrumentally, and spiritually – and I can tell her mission is far from over, even with the pandemic’s eventual end.

I come from a family who is passionate about all things music. I learned to sing at an early age, and by 13, had my very own Fender Strat guitar. I tried my hardest at learning all that I could. Because I was born with cerebral palsy, I had to teach myself an adaptive playing style. I learned to write and record my own music, despite these difficulties. In college, I started making great use of my writing abilities by reviewing music, as well as copy editing. I guess it's best to stick with what you know, while welcoming a fair challenge at the same time.
Previous Strange Breed set to premiere new video on YouTube Friday night
Next Interview: Oliver Baxxter of Broadside Discusses New Single ‘Foolish Believer’ and signing to SharpTone Records