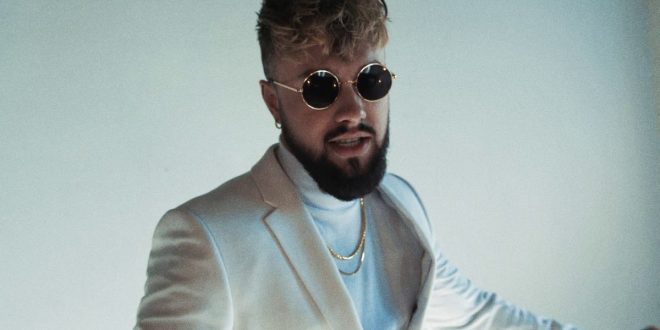 Nebraska’s Joey Boda was always interested in music since childhood, although he wasn’t actively involved in the writing aspect until age 19. Over half a decade since his initial pursuit, the Omaha-based rapper increased his competence as a lyricist and poet, having released nearly 40 songs under the name BODA on SoundCloud as of today. The traction from his 2018 debut, 23 Winters, would catalyze a follow-up effort of five singles, and eventually, his sophomore album, Demons, which is currently his most streamed online.

BODA’s current single is “John Lennon,” its cover art directly referencing an image of the famous Beatle in a complimentary, and wholly sincere manner. Instantly, the song’s instrumental presentation feels fresh, utilizing a bold, melodic bass line and bouncy, hook-laden tempo approach. BODA’s vocal tonality works by the same principle, popping out alongside the rhythmic boldness of the beat, and actually makes sense contextually without seeming tacked on. In both stationary and rising positions, his voice holds equal merit, detailing a striving toward emotional clarity while rising above previous emotional confines. This single is proof of BODA’s continued artistic momentum, and I hope his spirits remain high as the world powers through trying times.

I come from a family who is passionate about all things music. I learned to sing at an early age, and by 13, had my very own Fender Strat guitar. I tried my hardest at learning all that I could. Because I was born with cerebral palsy, I had to teach myself an adaptive playing style. I learned to write and record my own music, despite these difficulties. In college, I started making great use of my writing abilities by reviewing music, as well as copy editing. I guess it's best to stick with what you know, while welcoming a fair challenge at the same time.
Previous Little Hurt share official music video for “Better Drugs”
Next Introducing: Early Eyes – Minnesota based indie-pop outfit