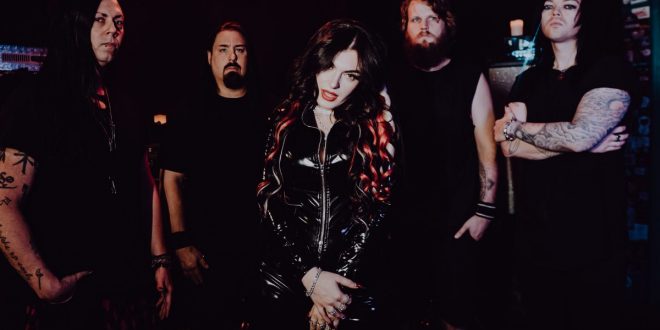 Orlando hard rock quintet THE DEV return with their sophomore single “Queen of the Damned,” debuting on Alternative Press. Frontwoman Nikollaj leads the charge in the driving, femme fatale-inspired track with her dominating voice and bold swagger.

“It’s about a broken heart, breaking hearts,” says Nikollaj. “The girl who was damaged, now lurks the nights where men fall in love with her and even with her warning, they burn themselves in the end. It’s the epitome of break up songs, and a be free song. Where love interests are the last thing in your mind and you just want to be wrong because your hurt and it feels right.“

The massive dual guitar attack, powerful vocals, and arena-ready melody of “Queen of the Damned” gives the song a larger-than-life feel that sounds like the perfect theme for a WWE PPV. The single is a follow-up to THE DEV’s debut track “Broken Lies,” which has accumulated tens of thousands of streams and landed them on the pages of Alternative Press and Loudwire.

Joining Nikollaj in THE DEV is a cavalry of music industry vets including Ryan Danley, John Panaccione, Chris Caruso, and Barrett Jones, with collective experience including tours with Heart, Alice Cooper and Warped. The group is currently in the studio working on new material and have select tour dates below.

Listen to “Queen of the Damned” on Spotify.

Tags queen of the damned THE DEV 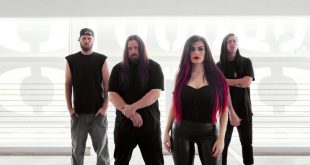