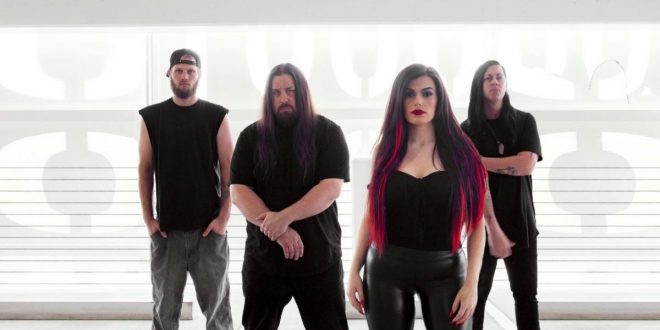 Orlando-based hard rock quartet THE DEV are bursting onto the scene with their debut single and lyric video “Broken Lies.” The arena-ready track showcases rising star and vocalist NIKOLLAJ as she delivers the song’s unapologetic lyrics with a brazen swagger.

“The song is about realizing the faults in a relationship and in life itself,” says NIKOLLAJ. “There’s always a presentation of ‘what could be’ and many people try to sell you on the idea to keep you happy short-term. In the lyrics, you can hear the story of wanting to evolve from the relationship because the lover can finally see the actual worth and not the dream of what it could be. The realization hurts at first, but later on, there’s a freeing feeling.“

The dual-guitar attack and strong rhythm of “Broken Lies” is demanding of your attention while the catchy melody invites you to stick around for another listen.

THE DEV is comprised of music industry vets, including guitarist Ryan Danley who performed in LENNON, vagabound, and I Woke Up Early For My Funeral. The group plan to jump back into the studio this summer to begin working on more new tracks while touring regionally.

Listen to “Broken Lies” on Spotify. 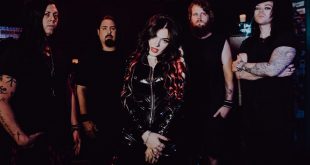