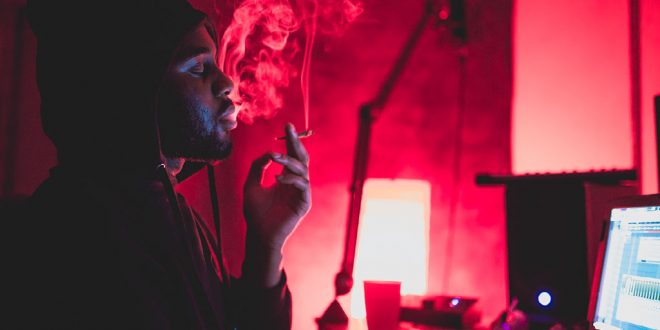 Angel Milan Beats, Canadian Producer Is Making His Way To Become The Future Of Rnb Production

Born and raised on the west side of Toronto, multi-talented producer Angel Milan Beats is emerging into the Toronto music scene with vengeance. Growing up in a musically inclined household, Milan began paying attention to the music industry during the Mid-2000’s and started listening to artists such as Neyo, Chris Brown, Musiq Soulchild and Michael Jackson. “My sister would bump Micheal Jackson everyday non-stop! His music was so authentic, I felt his raw emotion every single time I listened to him. I loved his lyrics, style of production and overall, I started leaning towards Rnb music”, says Angel.

Wanting to find a positive way to express all his feelings, Angel took interest in music composition and began making beats. “I would describe my beats as a pure reflection of my mood and how and I feel. I currently have 3 moods. Either im really sad and have low energy, really happy and energetic or neutral in which I dont feel happy or sad. The sounds I like to use range from instruments such as guitars, pianos, saxophones, etc or dark mystical sounds like bells and pads”. Touching base in various genres like Hiphop, Rnb, Rock/Alternative, and Jazz, Angel puts no limitation of what types of music he can make.

In 2015 Angel Milan Beats and emerging artist Surauchie founded, “Forwxrd Inc”, which is an independent music collective that encourages they’re listeners to progress in life through positive thinking and energy. By 2018, he produced Surauchie’s “Time” an afro beats record and “Sometimes” a soul bearing ballad. Both records were released under major music label Universal Music. Moving forward, his lasted mixtape release going into 2020 called “Butter”, produced, mixed and mastered by Milan himself along with Surauchie beautifully recorded vocals, was a complete masterpiece and definitely a new sound of Rnb! With stand out Singles such as as Greedy, Sunday, Control and Chicken Wings. Butter is absolutely one of a kind and forsure undeniable to the human ears.

Furthermore, Angel Milan Beats formally known as prodbyangel has been featured in blogs such as: Complex Magazine, Earmilk, Elevator and Universal Music, and is gradually manifesting into the music scene and is definitely a name you should look out for in 2020.

Stephen Vicino is the founder of MusicExistence.com. He created this site to give talented musicians a voice and a way to be discovered.
@@svicino
Previous Live Review + Gallery: Allman Betts Band at Arcada Theatre in St. Charles, IL. 02.05.20
Next Interview: Starbenders – New Album “Love Potions” Out Today