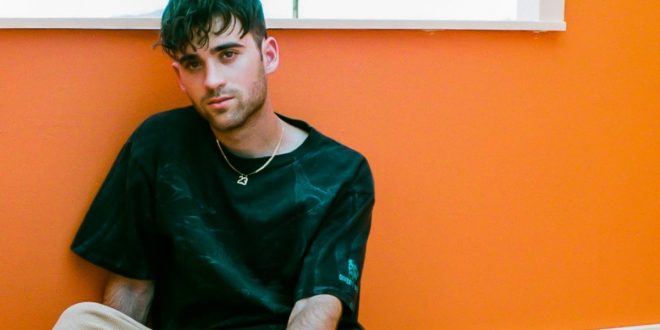 Yesterday, rising singer, songwriter, and multi-instrumentalist Alexander 23 debuted a new, self-produced song “I Hate You So Much” and accompanying self-animated lyric video—watch below. This marks the first new music from the 24-year-old artist—who just sold out two headline shows, his first-ever, at The Moroccan Lounge in Los Angeles—since 2019’s critically acclaimed debut EP I’m Sorry I Love You.

“‘I Hate You So Much’ is about being emotionally haunted by someone you desperately want to despise. Sometimes, no matter how hard you try to hate someone, you can’t escape your unhealthy love for them,” Alexander says.

Born Alexander Glantz, the Chicago native is the sole creative force behind Alexander 23: he writes, records and produces all of his music in addition to making the artwork for his singles and merch as well as animating his lyric videos. Writing and recording music since the age of 12, Alexander spent his teenage years refining his musical sensibilities playing in bands. He experienced a major creative breakthrough in 2018 when he wrote the song “When I Die,” and in March 2019, he made his debut with “Dirty AF1s,” which premiered as Apple Music’s Bop of the Week and landed on Spotify’s highly-coveted New Music Friday playlist. Later in 2019 he went on tour with Alec Benjamin, Omar Apollo and mxmtoon and made his Lollapalooza debut.

Recorded at Alexander’s home studio in L.A., I’m Sorry I Love You finds the multitalented artist tapping into the deeply personal yet relatable pathos that has come to define his music. In addition to championing raw emotion and eclectic sonic styles like lo-fi pop, folk, R&B and hip hop, I’m Sorry I Love You showcases Alexander’s penchant for writing songs spontaneously—he finds sudden inspiration in simple exchanges and moments in everyday life and translates them into complex emotional soundscapes. Although Alexander controls all aspects of the recording and writing processes, he attributes specific importance to the lyrics he writes. “I’ve learned from making music for so long that no matter how catchy a song is, or how much I like the production, I’ll only end up wanting to put something out if the lyrics really mean something to me,” he says.