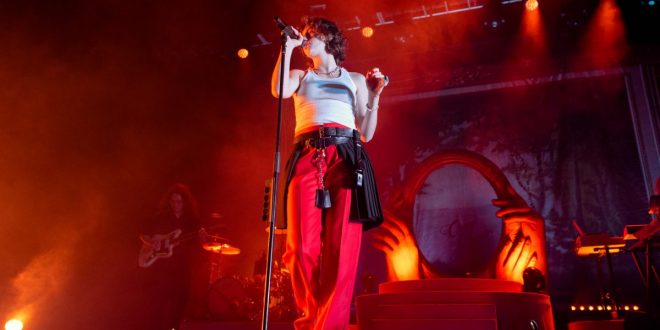 If there was ever a city made for King Princess, it’s Oakland, California. The 21-year-old breakout indie-pop singer is as radical and effortlessly cool as the city she made a stop in on her Cheap Queen tour. Mikaela Mullaney Straus has been explosively successful since the release of her debut single “1950” in February 2018. And based on the fervent enthusiasm of the audience in The Fox Theater, she shows no signs of slowing down.

From her unapologetic celebration of the LGBTQ community to stage presence that absolutely drips with luxurious confidence, King Princess dominated the Oakland stage for the entirety of her set. Check out a gallery of the show, and bow down to the King herself.

Connect with King Princess below:

I write about music and live shows and other fun things. Strong feelings about pugs, Halloween, and burritos. Currently zooming around northern California, with frequent stops in LA.
@missdanajacobs
Previous Cradle Of Filth Announce The Departure If Lindsay Schoolcraft
Next Prog Rockers Skyhaven are Reborn as an Electro-Rock Duo 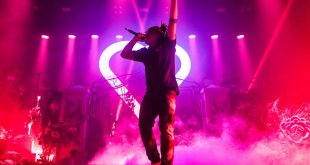