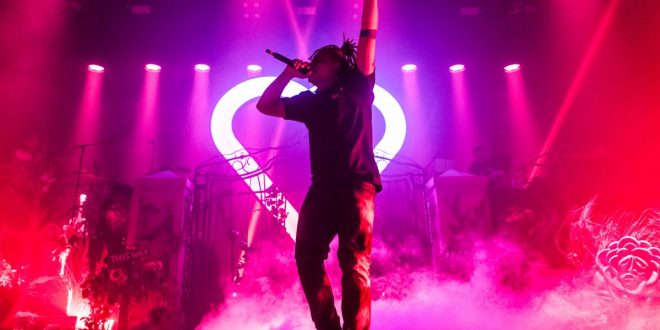 Editor’s note: 20 year old rapper Trippie Redd is establishing himself as a major player in the modern hip hop scene. With over 4.6 billion streams in the US alone, and two platinum records, he already has the attention of hip hop taste makers worldwide. He’s currently on tour in support of his newest record A Love Letter to You 4, we caught his show early on in the tour at The Warfield in San Francisco, CA and have the visual evidence to prove it, check out photos from the show below courtesy of Dana Jacobs.

I write about music and live shows and other fun things. Strong feelings about pugs, Halloween, and burritos. Currently zooming around northern California, with frequent stops in LA.
@missdanajacobs
Previous Single Review: Donnie Aki – “Lifeline”
Next Hatebreed Return with First New Song in Four Years “When The Blade Drops”