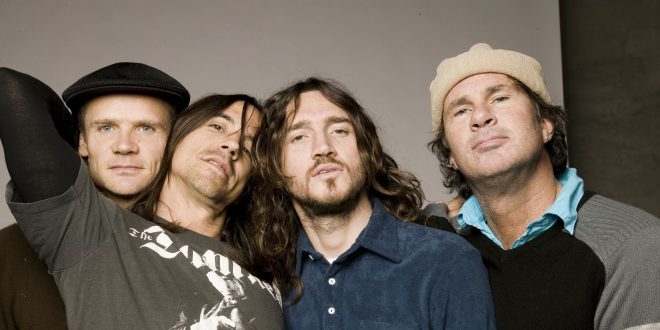 With Sunday’s breaking news that the Red Hot Chili Peppers are bringing back their legendary guitarist John Frusciante, fans can’t help but reminisce on the prominent performances Frusciante gave before his departure in 2009. Throughout the 90s and early-2000s Frusciante was known for his electrifying guitar solos, melodic riffs and perfect harmonizing with frontman Anthony Kiedis. Music Existence selected ten of Frusciante’s best performances to get you excited for the Red Hot Chili Pepper reunion in 2020.

The inaugural single from Stadium Arcadium, flooded airwaves in the spring of 2006 and spent fourteen weeks atop the Billboard Modern Rock Chart. Additionally, the single won two Grammy Awards and was praised for the complex components heard throughout Frusciante’s guitar parts. His ability to recreate this on stage sounded larger than life can be seen here during a MTV concert in Italy.

The video is pretty self explanatory, but allow us to elaborate. “Don’t Forget Me” showcases the heavier side to the Red Hot Chili Peppers, speaking to the issues of drug use and addiction. The song parallels between softer verses and a chorus so big it’s questionable how Frusciante doesn’t break a string each time.

Frusciante was always a fan of adding cover songs into the set, and usually picked something fans weren’t expecting. While allowing Anthony Kiedis to take a quick break, Frusciante would take over vocal duties and sing anything from “Tiny Dancer” to ” I Feel Love” by Donna Summer. His incredible falsetto range can be seen here during the Pinkpop festival in 2006.

Number 7 might contain the best solo on the list today. Frusciante can been seen giving his all to the crowd, while getting up close and personal with them for the ultimate guitar solo experience.

The “Can’t Stop” riff dominated the early-2000’s and quickly became one of the most recognizable guitar parts of the decade. The song was a common opener for the band and typically included a pre-show jam featuring Frusciante, Flea and drummer Chad Smith on stage. Frusciante’s ability to improvise while still staying true to the recorded version is on full display here in Paris.

Ask any guitar player to cover “Snow (Hey Oh)” and you’ll find that only a select few can do so. In typical Frusciante fashion, he took inspiration from Jimi Hendrix to write this song but made it exceedingly more complicated. Seen here is a flawless rendition of the track with subtle guitar licks added in, making it even more interesting.

Some of the final Chili Pepper performances to feature John Frusciante came in 2007. His solo here on Californication is next to perfect and highlights the guitar player totally removed from the crowd and engulfed in his own world.

With the song’s various counterparts, “Venice Queen” is the perfect track to showcase Frusciante’s ability to entertain away from the electric guitar. The song’s eerie beginning builds up to a massive end, with Frusciante’s guitar playing being front and centre the entire time.

Since “Wet Sand” was never a single it didn’t see mainstream success like other songs from Stadium Arcadium. However, that didn’t stop the band from making it a constant feature during live shows.  Frusciante’s signature high pitched harmonies are in full swing during “Wet Sand” and his powerhouse scream at the end is what makes this song truly iconic.

Luckily for us the Red Hot Chili Peppers recorded their entire Slane Castle performance in 2003, which saw them rocking out with over 80,000 Irish Chili Pepper fans. A key highlight from this concert comes from “Otherside”, the Californication single that highlights the relationship between Frusciante and Anthony Kiedis. Frusciante’s vocals during this performance are a crucial element to the song and pair perfectly to the band’s exuberant execution of the track.

Katie is a Toronto based writer for Music Existence. She loves all things rock n' roll & Star Wars.
@katietymo
Previous Burning Witches Set to Release Third Studio Album “Dance With The Devil”
Next Necrowretch Release New Song “The Ones From Hell”