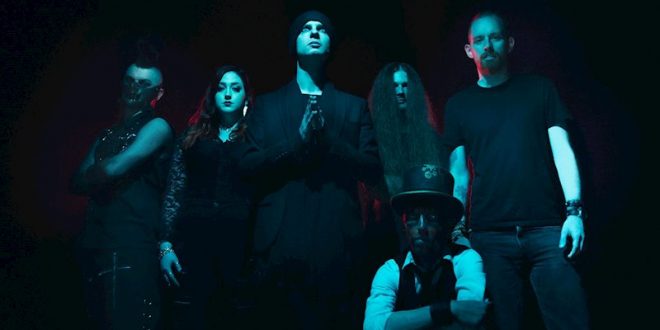 Her Despair Release “Exorcisms of Eroticism”

Today, November 22nd, the UK based sextet, Her Despair have released ‘Exorcisms of Eroticism’. Taking their inspirations from the heyday of goth rock, Her Despair bring these up to the modern era with their own twist. After an exceptionally successful EP entitled ‘Mournography’, which garnered the band copious amounts of international attention last year, they are back with their third release, ‘Exorcisms of Eroticism’.

The six tracks succinctly capture the balance between heaviness and earworm quality – crepuscular catchiness, if you will. The EP opens with the weighty punch of “Pandaemonium”, as airy synths hover over the rumble of the rhythm section. The guitar solo is also but one spectacular moment of its ilk on the record. Later on, “Beyond the Veil” showcases the band’s softer side as a pseudo-ballad, where the sonorous vocals echo heartfelt sentiments akin to HIM’s Ville Valo at his finest. But each track has its own personality, whether that emerges in a chorus or a solo or the small details in the songwriting.

‘Exorcisms of Eroticism’ is now available on all digital streaming services

NewYork Based Photographer. Music Enthusiast with a background in Graphic Design. Whether I'm shooting a live event or just out wondering the streets its about capturing the moment.
Previous Jeff Parker & Company deliver a very credible listen
Next Global Charts Artist Releases New Single