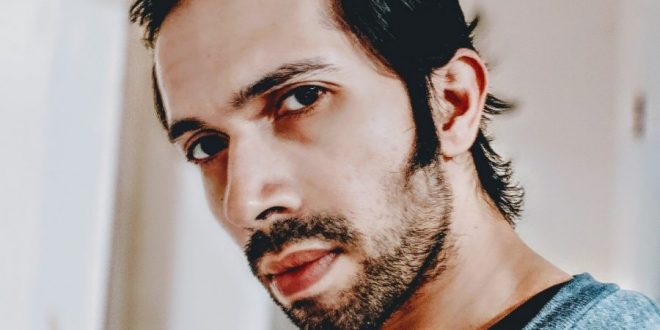 Monjyoti Bhattacharyya, better known in the music realm as simply Monjyoti, is an experimental rocker with over 500 shows to his name. He just released his second single called “Neighbor Syndrome” from his album titled, after the warm and acclaimed reaction of the first single from his upcoming album, “Hypnosis”, which even acquired the highest Global Ranking on Reverbnation for more than six weeks. The album “Hypnosis” is in collaboration with music producer Papu Gogoi.

To date Monjyoti has performed well over 500 shows across eight countries; India, United States, Singapore, Malaysia, Indonesia, Bali, Laos, Cambodia, Thailand. Some of those shows included hitting the stage at a number of Hard Rock Cafes; Bengaluru, Hyderabad, and Pune. With each one of his performances, he delivers his experimental take on alternative rock. That spirit comes through in the narratives this talented storyteller creates through song. Monjyoti notes, “The combined effect of language-based lyrical expression and feeling based musical flavors, feelings, and moods can create magic and even transform individuals. Each piece is an opportunity to pour out complete being onto a fresh canvas and the beauty is, there are no inherent guidelines (outside the musical terminologies) and there is no limit to how far we can push our creative boundaries to come up with something that will be its only kind. And this piece of work can leave a mark on other people and serve them.”

Monjyoti has taken all of that and then some and poured it into the first song “Hypnosis” and now his latest release, “Neighbor Syndrome”. The two tracks lead by example as Monjyoti created a natural, free-flowing experience that harmoniously combines elements of soft and hard rock with psychedelic instrumentals all while delivering the workings of the subconscious mind and the subtle traits of the human nature. Justyn Brodsky of NBCUniversal termed his first song Hypnosis as being ‘darkly passionate’, and praised it for its great songwriting and passionate songwriting.

Monjyoti has impressed audiences around the world with over 500 shows and counting under his belt. Now with his latest album, he plans on adding more performances and accolades to his name. Hey, he’s already got a World Record for music and push-ups. Now it’s time to add another one for music. Which at the rate he’s going, isn’t too far off.