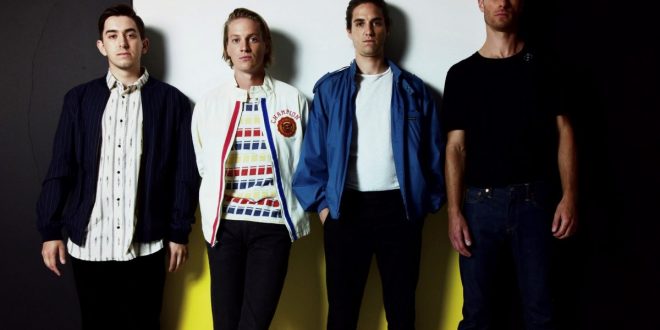 Bleeker debut official music video for “Straight for the Money”

The newest single from their upcoming album, “Straight For The Money” tackles the one thing everyone loves – money. However, this song focuses on the idea that money can only buy temporary happiness, but in the end, you feel lonely and used. “Straight for the Money,” tells people that buying friends can make you feel less like a person and more like a commodity. Singer Taylor Perkins says, “If the band ever made lots of money… We would still drink cheap beer,” a metaphorical reminder to their listeners to always be their true selves.

“Straight For The Money” follows up the band’s first album on Better Noise Music, ERASE YOU. Erase You garnered a Juno Award nomination for “Breakthrough Group Of The Year,” as well as a breakthrough single, “Highway,” that went to #1 on radio in Canada and Top 10 stateside.