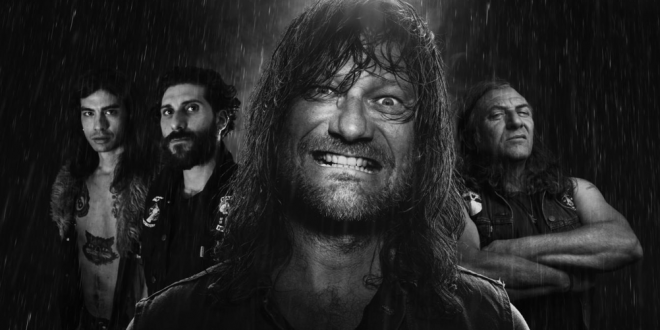 4
SHARES
FacebookTwitter
Australian high-voltage rock juggernauts MAMMOTH MAMMOTH strike back with their fifth studio album, ‘Kreuzung’, coming out this Friday, November 8, on Napalm Records. Only a few days ahead of release, yesterday the band released a brand new single for the heavy as hell track “Lead Boots”. Listen HERE!
Vocalist Mikey Tucker says: “I really wanted to try something new vocally and experiment a little with this track, the chorus style is a completely new style for me. Richard also ran the vocals through a vintage Hammond rotary amp, so it was a lot of fun and helped achieve the sound I was hoping for.”
‘Kreuzung’ (German for crossroads) is the first album with a new line-up consisting of original members Mikey Tucker vocalist and Frank Trobbiani drums, and introducing new members Marco Gennaro guitarist and Kris Sinister bass. MAMMOTH MAMMOTH seized the opportunity to refine their hard-rock formula since the release of ‘Mount The Mountain’ two years ago. In January 2017, MAMMOTH MAMMOTH found themselves at a crossroads. Already committed to two European tours – including their first visit to Spain and Portugal plus a large number of shows on the summer festival circuit – original guitarist Ben Couzens and bassist Pete Bell were unable to perform those ongoing commitments. In order for MAMMOTH MAMMOTH to honor those shows, Tucker and Trobbiani needed to find replacement musicians to continue to bring the high-energy, beer- soaked, dirty-rock shows to their loyal fan base. Inspired by all new surroundings, line-up changes and a studio location in the heart of Berlin, Germany, ‘Kreuzung’ signifies where the band had found themselves in 2017: The gritty Rock`n`Roll manifesto of MAMMOTH MAMMOTH has truly evolved and they know exactly where they’re heading next!

NewYork Based Photographer. Music Enthusiast with a background in Graphic Design. Whether I'm shooting a live event or just out wondering the streets its about capturing the moment.
Previous Summoning To Re-Release Limited Vinyl Editions Of ‘Nightshade Forests’ And ‘Lost Tales’
Next Defiled release first single off upcoming album Infinite Regress 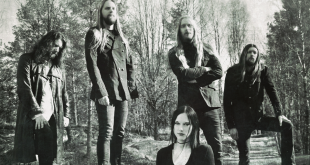