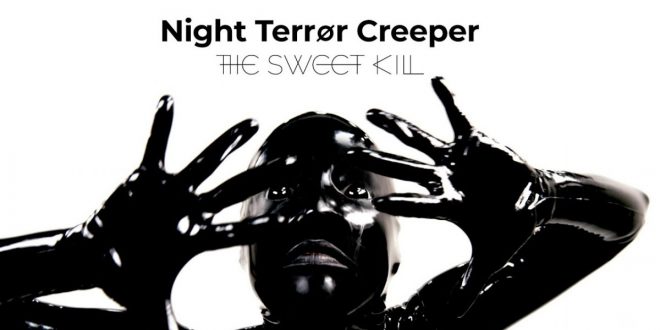 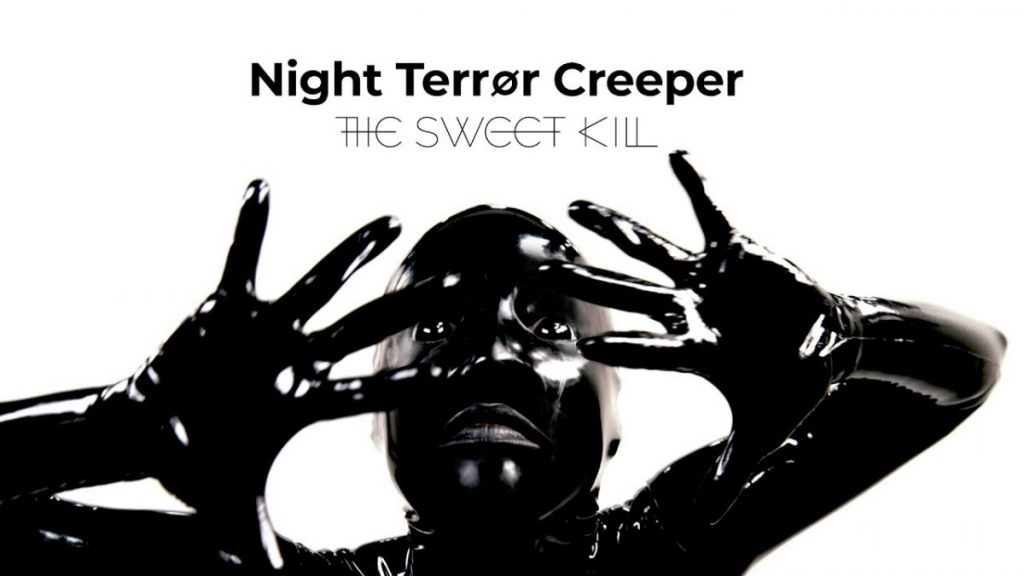 The Sweet Kill have been setting 2019 on fire with their one of a kind beats and sensationally sharp electronic pop melodies, but in the shocking and seductive new video for their single “Night Terror Creeper,” they issue what is perhaps their most haunting work of art yet. Brilliantly directed by Jamie Mitchell, “Night Terror Creeper” features a straightjacket-clad frontman Pete Mills facing off with a figure in slick black latex and a blue-eyed killer cat amidst a sea of sonic destruction in the background, but while The Sweet Kill delicately straddle the line between sensory overload and multilayered stimulation in this latest release, they force a reaction out of anyone who is watching not only through bold imagery but via the vicious beats soundtracking every shot.

Light proves to be as valuable as the darkness as we move from one frame to the next in this video, and I really love how Mitchell used color contrasts as a means of adding a raw, untreated vulnerability to the grander scheme of things here. There are a lot of ways that we could interpret some of the symbolism in “Night Terror Creeper;” from the aesthetical juxtapositions between the visuals and the sound to the way that Mills captivates us without ever stealing away any of the thunder from his castmates, every element in this piece is utilized as an agent of evocation, which isn’t something that I see a lot out of contemporary pop videos (indie and mainstream alike).

Instrumentally speaking, “Night Terror Creeper” contains one of the more melancholic harmonies that I’ve heard The Sweet Kill produce outside of the brilliant Love & Death EP – which I should note as a record that I would tell any serious alternative pop fan to check out if they haven’t already. For every glimpse we get at a cathartic undertow beneath the grim bassline in this song, there’s a quaking electronic grind waiting to sweep it away in a single push, but the narrative doesn’t feel exceptionally somber as a result. This is a chilling, club-ready jam that was customized for the autumn season, but I have a feeling that its provocative sway would be appealing to listeners of the EDM/pop persuasion long after the fall comes to a conclusion.

Utterly spellbinding and as darkly addictive as all of the material they’ve released this year has been, “Night Terror Creeper” reminds us of why The Sweet Kill are one of the best bands in their scene right now, and moreover, why Pete Mills can always be counted on when it comes to delivering a stone cold sonic assault when we need it the most. “Night Terror Creeper,” in both its music video and single formats, puts a gothic spin on the poppier side of electronic dance music without allowing the resulting hybridity to devolve into scattered avant-gardism (no easy task by any measurement), and if you’ve enjoyed the work that its creators have turned in thus far, you’re almost certain to regard it as one of their very best videos to date.