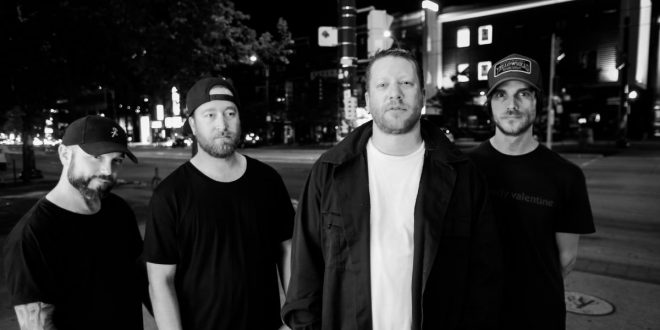 Canadian natives Sights & Sounds are finally back with their second full length album, No Virtue. The band burst onto the scene almost ten years ago with their debut album Monolith, and apart from an EP in 2013, have been quiet ever since. With loads of experience touring around the world with Billy Talent and Bring Me The Horizon, they have used their worldly experience to craft album number two with a unique sound and aesthetic. 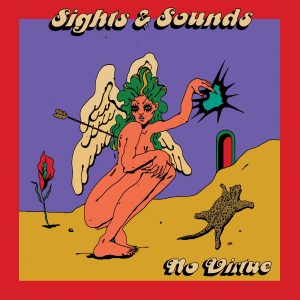 The beginning of the album starts with the title track, “No Virtue”. This provides a classic hard rock song that brings you right back to the mid-2000s. Vocals on top of more vocals corresponding with heavy riffs makes for quite the entrance back, after almost a decade. The energy continues onto track number two, “Resurface” providing another vocal savvy song paired with loud guitars and a massive chorus. From there the beginning trifecta ends with “Serpentine”, the last of the melodically heavy songs on this album that provide a musical high for the listeners. It’s here where things start to calm down and take a turning point into an unknown yet interesting direction.

The middle of the album gives listeners a breath of fresh air with the song “Caught Up”. The eclectic ballad has a surprising beginning with the band’s keyboardist, David Grabowski taking the lead. The guest vocals belong to Nicole Dollanganger, who brings a unique and unexpected twist to the song, softening up the album which has been pretty heavy thus far. The song is overall very melodramatic but it’s here where listeners will notice a sonic shift that will continue throughout the rest of the album.

The following track, “WWR” provides some of the most unique elements to the entire record. The majority of the song teeters between soft acoustic guitars and overly produced verses with a strong indie rock vibe. The ending gives one of the record’s best surprises yet, with a saxophone solo finishing off the song in the best way possible. What began as a typically moody indie track, instantly turns into one of the highlights of the album.

The remaining songs on the album, continue to follow along the indie rock and hard rock sound space. The songs aren’t sonically cohesive and don’t match the beginning of the album, however the varying styles and sounds throughout the record somehow come together to create a total package likeable for most rock fans. Regardless of how Sights & Sounds chooses to market themselves, this album won’t fall anywhere specifically on the rock n’ roll spectrum. Indie, metal, and hard rock fans will all probably find something to their liking, yet the conflicting sounds make for a difficult story to tell. If Sights & Sounds were trying to convey a story of rollercoaster events that don’t particularly fall in a linear fashion, then they nailed it. Simplicity is not in this band’s vocabulary. They’ve created a very dense record, that will allow fans to take their time uncovering it, track by track.

Toronto based writer for Music Existence. Lover of all things Slash, rock n' roll and Star Wars.
@katietymo
Previous In the Next Life deliver one of the most brutal melodic rock EPs of the season
Next EP Review: Brother Spellbinder – “We Were Children Yesterday”