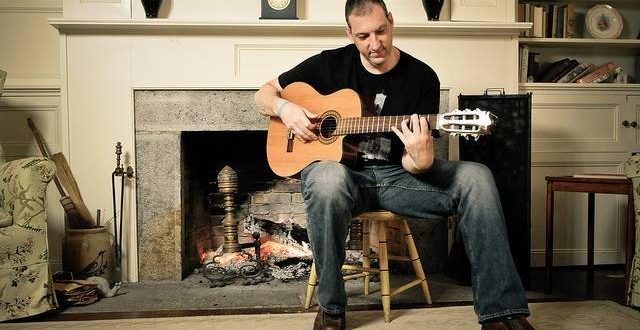 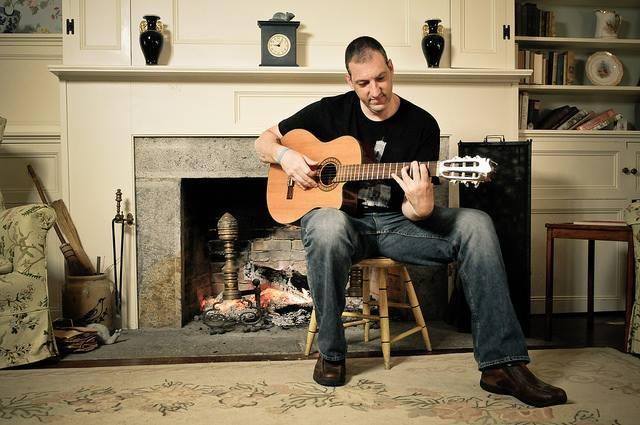 Ian Bouras’ live DVD collection A Chipmunk’s Interpretation of Space is built around his long-established technique of “looping” guitar sounds – recording an initial passage, replaying it, then overdubbing new passages to co-exist with the first. It may sound somewhat simplistic to the layman, but this style takes more than a little finesse – it takes a well trained ear and, perhaps above all else, a singular vision for the sound you are attempting to achieve. It’s the latest release in a nearly twenty year journey through popular music for Bouras. He first achieved notice in the early 2000’s thanks to his work with rock/reggae band AñaVañA and, in the intervening years, corralled a degree in audio engineering, toured, made numerous television appearances, and continued recording new music as a solo artist. In addition to his solo work, Bouras is one half of the improvisational duo Book of Clouds with Federico Balducci.

This isn’t a release that will appeal to everyone. Fans of more physically engaging music will likely find Bouras’ material to be too distanced, even deliberate, but Bouras is not interested in laying down some long since played out rock grooves for increasingly cynical audiences. He works in his own territory and invites listeners to join his journey. He makes this approach clear in Part 1 of the release. We aren’t in completely alien territory – you’ll note hallmarks of recognizable tropes from popular music from the outset. Bouras is adept weaving distinctive and pensive melodies, utilizes established tools of the guitarist’s trade to elicit different sounds from his instrument, and yet shows an improvisational side far different than the bulk of his peers and contemporaries – really, who else would attach a wind chime from the guitar’s head stock to add a touch of subtle percussion to the piece, moreover one so intrinsically connected to his physical movement?

Other tracks are closer to pure soundscapes, but never abandon melody in total. Parts 2 and 4 are excellent examples. Part 2 is particularly revelatory as a careful viewing of the performance reveals some of the vulnerability and frailty of his art. Watch Bouras’ fingers waver slightly when forming certain chord shapes, yet he never hints at indecisiveness in his body language and accepts such moments as part of the musical experience. Part 4 makes his use of a glass slide more significant than before as he opens the piece using it and builds the composition from there. It is the second longest performance included with A Chipmunk’s Interpretation of Space and, as mentioned earlier in this paragraph, Bouras doesn’t neglect his melodic gifts entirely. They emerge here and seamlessly with his talents for eliciting attention grabbing sounds from his guitar.

Part 6 ends the release on a strong note reminiscent of Part 1, but never an outright copy. The entire presentation of this release benefits, as well, from the camera work every bit as understated as the music. It captures Bouras in his element – spellbound by his own instrument and making a direct connection between his innermost self and sound that has a soulful, wistful feeling throughout each of the six parts comprising A Chipmunk’s Interpretation of Space. It is a moving musical release from one of the most prodigious talents in indie music today.

Previous King Princess shares new single “Hit the Back”
Next Alex Lopez’s “Yours Truly, Me”