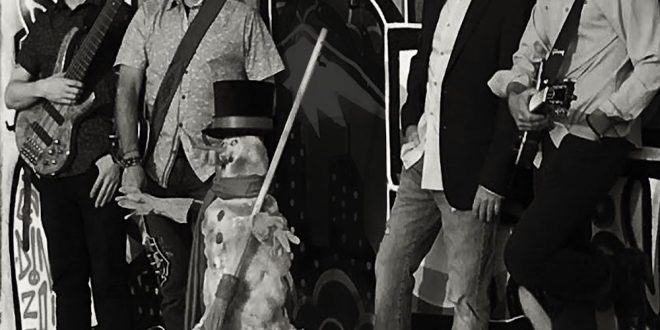 Much like the diversity of their career paths, the band sports a heavily nuanced sound as part of “Taste of Heaven,” their latest single which debuted earlier this month. The song begins on a jangly, noir-tinged acoustic note, defined by its sustain, backing leads, and subsequent symmetry with the bass line. Amidst the involvement, Costantini’s vocal tonality – a decidedly warm, vivid contrast – brings additional life to the instrumentation as well as it shapes the verses. From a thematic standpoint, the song seems to center on receiving consistent abuse from a love interest, wherein the victim’s mental state continues to unravel. I found that while the airiness of the verse progression pertains to a kind of hazy, oblivious loyalty, the chorus depicts the reality of the relationship – a hellish, overdriven loop that elicits an illusory correlation between pleasure and pain. For a debut, this single marks a decent example of the band’s stylistic and lyrical potential, and I look forward to how these elements will continue to be explored in future offerings.

I come from a family who is passionate about all things music. I learned to sing at an early age, and by 13, had my very own Fender Strat guitar. I tried my hardest at learning all that I could. Because I was born with cerebral palsy, I had to teach myself an adaptive playing style. I learned to write and record my own music, despite these difficulties. In college, I started making great use of my writing abilities by reviewing music, as well as copy editing. I guess it's best to stick with what you know, while welcoming a fair challenge at the same time.
Previous Interview: laye on her new music video and expanding her creative nature
Next Gallery: Xavier Rudd at The Catalyst Club in Santa Cruz, CA (09.25.19)