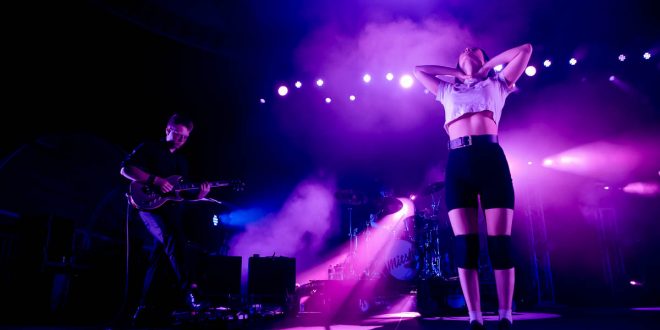 In early June, Mitski announced she would be taking a live performance hiatus and announced a final show in New York. After the first one on Saturday, September 7th quickly sold out, a second date was added for the following night. Mitski would be joined for both of these final concerts by musician Lucy Dacus. Her rigorous touring schedule over the past few years gave me many opportunities to see her live after first discovering her music five years ago. I attended her record release show for Bury Me at Makeout Creek at Silent Barn on November 13, 2014 and since that first concert, I tried to see her whenever I could even if it meant going to Philadelphia (for her show with Japanese Breakfast and Jay Som at PhilaMOCA) or Jersey City, NJ (at White Eagle Hall with Soccer Mommy). There were performances that I missed (like her opening set for Lorde at Barclays Center in 2018 or her headlining show at Elsewhere just before Be The Cowboy was released) so taking a break from touring was completely understandable to me.

Dacus kicked off the evening at Rumsey Playfield in Central Park promptly at 7PM, performing songs from her two releases by Matador Records, No Burden and Historian. Both Dacus and Mitski didn’t seem to talk much while on stage, spending most of their time playing music with a large number of the audience singing along with each one.

Mitski began her set at 8:15PM with a song from Retired from Sad, New Career in Business, “Goodbye, My Danish Sweetheart” followed by “Why Don’t You Stop Me,” from Be The Cowboy and doing choreography throughout her set, which happened the last time I attended her concert in early December, that now involved a table and chair onstage. Mitski included songs from Bury Me such as “Townie,” “First Love / Late Spring,” “I Will,” and “I Don’t Smoke.” Towards the end of her performance there was a break from dancing as she performed “A Burning Hill” from Puberty 2 on guitar. After the final song, she took a bow and blew kisses to the crowd which seemed to be a fitting way to say goodbye for now to her fans.

After the concert, I found myself discussing with friends and strangers our first Mitski experiences; with some of us feeling like veterans and others seeing her for the first or second time. It didn’t matter if we witnessed her live show for the first or umpteenth time, it still felt special and worth sharing with others around us. Although Mitski is going on a very much deserved hiatus, we’ll continue to share the memories of seeing her perform at small, no longer existing venues in New York like Silent Barn or her final two performances at Rumsey Playfield in Central Park and be quite thankful that she constantly gave these performances for us for nearly six years.

Edwina Hay is a New York City–based freelance photographer who has been documenting live music since 1999 and joined Music Existence in 2018.
@arenotphotos
Previous The Gillum Bros release new Single/Video
Next Album Review: The Faim – State Of Mind 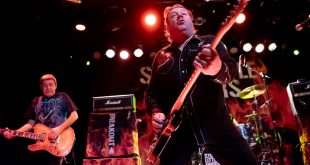 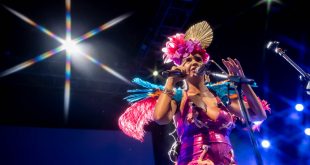 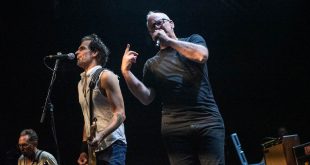 Gallery: Bad Religion and The Explosion at Brooklyn Steel in Brooklyn, NY (08.03.19)