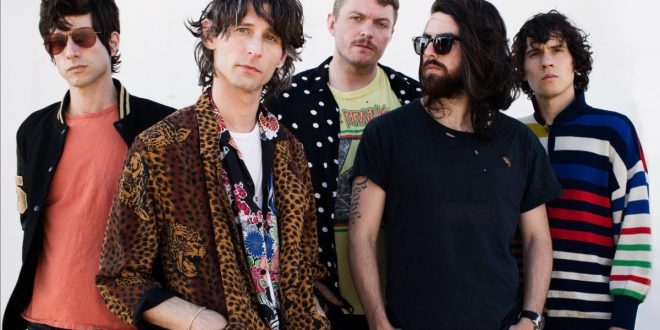 CRX debut “Get Close” ahead of new album release next week

As CRX gear up for their sophomore album release of Peek on August 23, the Los Angeles band, fronted by The Strokes’ Nick Valensi released another new track last week titled “Get Close.” The song follows previous releases from Peek, including the hypnotic Bowie-esque “We’re All Alone” and infectious “Falling,” and comes just weeks before Peek sees its global release on all digital platforms on August 23. Listen to “Get Close” now.

CRX was formed in 2016 by The Strokes’ lead-guitarist and founding member Nick Valensi who is now joined by Darian Zahedi, Jon Safley, Ralph Alexander and Brad Oberhofer. Following a critically acclaimed Josh Homme-produced debut album New Skin and sold-out North American and European tours, Nick headed back in the studio with his new bandmates and started to work on Peek.

Drawing on a mutual obsession with everything from Remaining Light by Talking Heads and Scary Monsters (and Super Creeps) by David Bowie, the boys unlocked a new level of chemistry in the studio. “The recording was very different, because we made a big deal of tracking it as live as possible,” Darian continues. “We also let go and embraced some of these really cool influences that took us into the stratosphere. It was a combination of writing for over a year, getting out of our heads, and knowing what we wanted to sound like.” “The influence of Darian and Jon was prevalent in the recording and arrangement,” adds Nick. “I was more controlling on the first record. This is everybody in a room.”

Be sure to catch CRX live this fall in New York City and Los Angeles.
For tickets and more information, go to: https://www.crxmusic.com