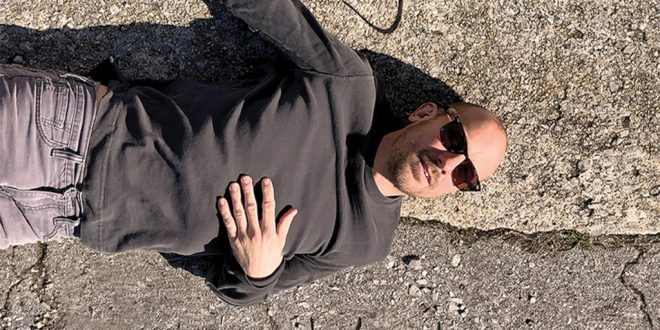 Colorful electric guitars clash against a black and white drum pattern in “On the Ground.” A bassline as big as the Mississippi Delta smothers anything within its reach in “Blackboard.” “Your Way” drowns us in bright pop melodies, but the secret to its spellbinding nature is rooted in its weighty sonic profile; the same can be said of “Shoe,” “Reservoir” and “Say Goodbye,” as well. We follow the twists and turns of a springy groove in “I Don’t Mind,” get lost in a tizzy of gritty string play in “Again” and inevitably succumb to the pressurized percussion of “Lavabo.” Songs like these, “For Myself” and “All Your Love” might have been conceived with eclectic music connoisseurs in mind, but to be fair, there’s not a single track on this, Jaco’s debut album You Know, that wouldn’t appeal to casual rock fans as much as it would devoted alternative audiophiles. Pop hooks meet bittersweet vocal harmonies in this top shelf LP, which I would describe as being one of the best by an American independent artist out this July.

Some of the songs here are admittedly a little formulaic in terms of stylization (namely “For Myself,” “On the Ground,” “Your Way” and “Say Goodbye”), but the actual substance of the melodies that each of these tracks contain is unabashedly experimental just the same. There’s a lot more to You Know than meets the eye; at first glance, there’s nothing enormously different about the way that Jaco structures the hook in “Reservoir” or “Lavabo,” but upon closer inspection, we find a plethora of intricate detail within every component of the music. The guitars have a multidimensional texture that extends into the drums as well as the bassline, and there are some instances – like in “All Your Love” – where everything is clicking in such perfect synchronicity that it’s hard to discern where one fragment of the harmony ends and another begins. This is tightly arranged material without a doubt, but when we factor in the contrast that Jaco applies to all of the instrumental and lyrical elements across the tracklist, it adds up to being one of the most mature and well-constructed rock debuts to come out of the south in years.

There’s no denying that there are a lot of loose ends in You Know that will need to be addressed on Jaco’s sophomore album, but the concept behind these compositions is sublimely inventive and definitely makes me want to hear his next batch of studio recordings as soon as they’re completed. I think that we’ll get a better idea about who Jake Waitzman, the man behind Jaco, is going to be as a solo performer in his next release, but there are a couple of things that we do learn about him here; for one, he isn’t satisfied by conveying his messages through mere lyrics alone. This is an artist who wants to use every weapon at his disposal in telling us a story, and if he stays as ambitious as he is in this LP, he’s going to have a very long and successful independent career ahead of him.