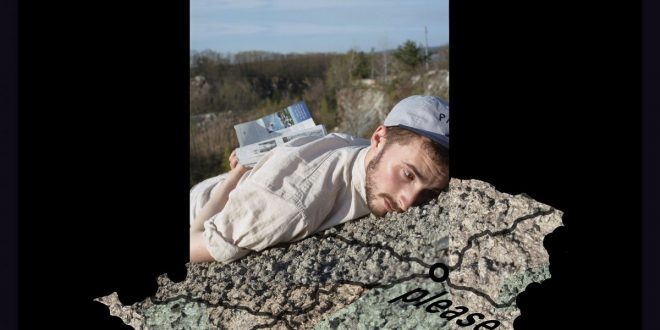 With a playful rhythm to lead us right into the heart of its molten-hot melodies, “Summer Muses” sees Good Service not wasting a second before diving right into one of the signature string grooves of his debut album, Please. This track is definitely one of the more radio-ready on the record, which is an eccentric affair from the moment it gets started in “And a Foot” forward. “And a Foot” sets the tone for the fragile colossus that immediately follows it in “Summer Muses” and extends directly into the supple “MaPaw,” the first single from Please. “MaPaw” features a breathtaking harmony as its nucleus, with all of the striking psychedelia in the background finding a swaggering home inside of the nifty beats beneath the instrumentation. This first trio of tracks make one heck of an early impression on the audience, and as we get deeper into the LP, it becomes quite clear that of all the things Good Service was looking to accomplish on his official introduction to the world, sounding like his peers in the underground wasn’t one of them.

It might be the shortest song on the record, but “Sys’ro” craters us with its monolithic noise and surreally stylish melody that lies trapped within all of the chaos. It’s starkly different from the balladic finale, “The End,” but I think that it was really wise of Good Service to include a lot of varying textures in Please. So many artists try to make a debut album that formulates a single theme over all others, partly to avoid the reputation of being in search of their ultimate sound, though mostly to appeal to one specific audience over another, but this is not at all the case with Good Service. Songs like “Washington Avenue” and its sizzling evil twin “Pocket Calendars” don’t pander to the mainstream record consumer looking to “go indie” with their latest purchase on iTunes, and I don’t get the vibe that they were created with the intention of creating a lot of momentum on college radio or beyond this summer. Good Service made this record for the sake of expressing himself, and unfortunately, that makes his music a rather rare find nowadays.

Along with “Ira, Lila,” I think “94” convinced me that Please is so much more than a sonic salutation from an aspiring hit-maker who has found a perfectly unique sound all his own. For all intents and purposes, Good Service’s first LP is a look into the future of noise-pop, alternative rock and indie singer/songwriter culture unlike any other that you’re going to find when browsing for new music this August, and though it’s still a little early to say for certain, my gut tells me that come the end of the year we’re still going to be talking about the substance of its songcraft. It’s definitely not going to be everyone’s cup of tea, but for the discriminating audio fiend that has been desperate for something that doesn’t play into the mainstream model, it doesn’t get much better than the nine songs that comprise Please.