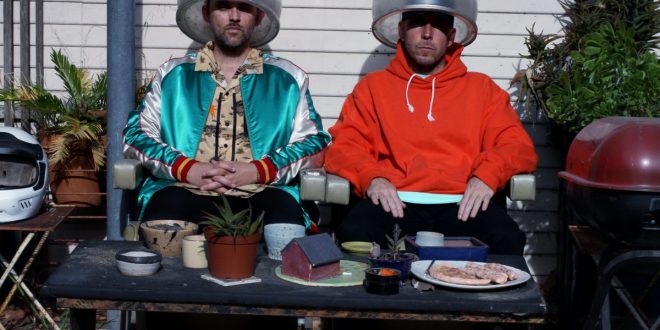 The video also announces the band’s partnership with Sumerian Records, home artists such as Asking Alexandria, Circa Survive, and Night Riots. Wolf said of the announcement, “It’s a solid fit for a number of reasons. As a band we wanted a home that was going to give us space to develop this project for the long term.” Of the signing, McKay added “The label president Ash [Avildsen] found our music and fell in love with it so he reached out to us. I think it was Ash’s passion and belief in the music that fueled us to sign with him.” Avildsen agreed saying, “I listen to music based on mood, not genre. I love great storytellers and great songwriters. Chad and McKay as a duo do both so well. They won me over the first time I heard them. As Sumerian continues to grow and diversify, alternative anthems like those of The Federal Empire are paramount.”

The duo, whose songs have garnered nearly 40 million streams on Spotify since their debut single, formed when Wolf and Stevens came together to compose songs for other artists, but decided the pairing was to monumental not to keep some of the material for their own project. Wolf says of the writing process for I Never Liked Your Friends, “We started this project when our third writer Keith [Varon] came to a session and started talking about how his ex was just burning him with one insult after another. The only thing he could come up with saying to her was “Screw you. I never liked any of your friends anyway,” and that was it. McKay Stevens said, “We were really excited to work with our director, Kevin Eis, on the video because of the dark sense of humor he brings to the table.” Eis wanted to pay homage to one of the guys’ favorite films, Hot Rod, with the riot scene that results in full mayhem. Consistent with the hilarious final scene in the I Never Liked Your Friends music video.