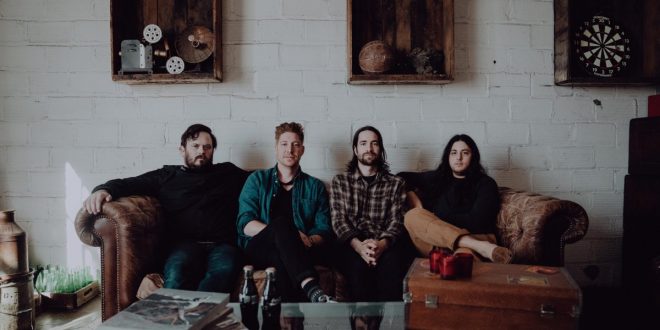 As Cities Burn release first album in a decade

Last week, Louisiana post-hardcore outfit, As Cities Burn, celebrated the release of their first studio album in a decade, Scream Through The Walls. The record is the band’s fourth full-length release, and finds the Bonnette brothers reuniting to share vocal duties for the first time since their seminal debut, Son, I Loved You At Your Darkest, in 2005. The album title, taken from the lyrics of the third single, “Hollowed Out”, is central to the overall mission of the record as it deals directly with Cody Bonnette’s attempts to find the motivation to overcome his own bouts of debilitating depression and self-imposed isolation.

You can stream and buy new album HERE and find tickets to their upcoming tour with All Get Out and Many Rooms HERE.

Speaking on the release of the album the band says: “We are super stoked for this release. If you would’ve asked us ten years ago if we would have the opportunity to put out another record, we’d probably answer no – that’s why music is such a rad thing. It brings people together. Joining the Equal Vision family has been amazing. We are very thankful for everyone who has supported us thus far and look forward to sharing this record with our fans. We hope to see you all on the road this summer.”

Since their inception in 2002, As Cities Burn have garnered tremendous respect for their progressive take on the post-hardcore genre. Upon the release of their 2005 full-length debut, Son, I Loved You At Your Darkest, fans and critics alike fell in love with the balanced dynamic of TJ Bonnette’s visceral screams and the clean vocals of his brother, Cody, who also serves as the primary songwriter in the band. In 2006, TJ’s new marriage saw him leave As Cities Burn for a new life in Mississippi. The remaining members forged ahead, undergoing several lineup and stylistic changes over the next three years and releasing two more acclaimed full lengths – Come Now Sleep and Hell or High Water – before disbanding in 2009. Now a decade later, As Cities Burn are ready to unveil Scream Through The Walls with both Bonnette brothers sharing vocal duties yet again. The band collaborated with producer Matt Goldman to help capture the signature frenetic energy of their live show. Scream Through The Walls is a rallying cry, not only for themselves but for anyone that will listen, to push against the mental barriers erected when struggling through one’s darkest moments. Scream Through The Walls is out now on Equal Vision Records.