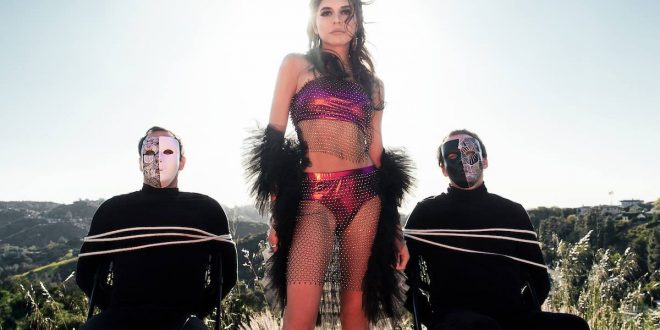 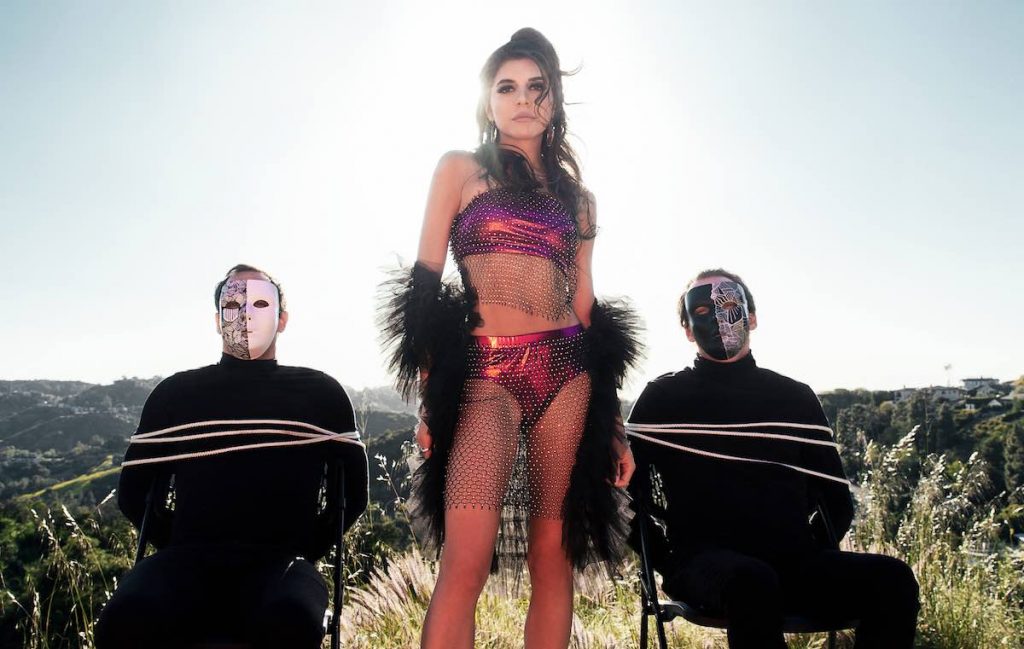 Pop power trio Cynister are stirring up a storm of attention this spring with their new single “No Man,” and it doesn’t take much more than a cursory listening session with the bruising electronic jam to understand precisely why. Cynister uses a blushing bassline to frame some of the fiercest lyrics that their scene has produced in years, and while the track is steeped in a mammoth physicality that is anything but common in modern pop, it’s faceted in a surreal tonality that tethers it to the postmodern movement of the late 2010’s, and furthermore, the forefront of the American indie underground.

We open in a misty synthesized melody that slowly but surely dissipates and clears a path for a larger than life vocal in the center of a discordant but steady drumbeat. The synths are rife with a textured rigidity that makes them an assaultive force when compared to the bittersweet serenade occupying center stage, but they aren’t so intense that they end up washing away all of the toned emotionality in the lyrics. There’s a lot of tension as we escape from the first brutally efficient stanza into the chorus, but this energy is just a taste of what’s to come around the next turn in the song’s twisting structure.

The chorus erupts like a long-dormant volcano that has been itching to unleash its fire and fury for centuries, and try as they might, the instrumental grooves in the background just can’t contain the explosiveness of the vocal track, which at this point becomes so entrancing and yet rebelliously rhythmic that it’s easy to forget that there’s anything else going on in behind it. If even a fraction of the presence that this group exudes in this single were to translate well onto the stage, they could eventually become one of the most charming live acts in the game.

As far as the master mix goes, it’s more than obvious to me that Cynister spared no expense when designing the levels around their exotic stylization and stadium-shaking beats. There’s a ton of volume in the essential components here, but it’s never misused or unutilized by the producers, who seem to have gone out of their way to ensure that every vivid detail in this band’s sound is given the VIP treatment behind the glass. This is top notch stuff, especially for a group that hasn’t even released their debut album yet.

“No Man” doesn’t fade to black in the style of an old school 1980’s throwback (as so many other pop songs have this month), but instead stops on a dime and leaves a gaping void of silence that one is indefinitely tempted to fill with more of their music from the moment that it commences-forward. A colleague of mine recently introduced me to this trio, and while I was skeptical at first, their sound has quickly grown on me and come to embody what I consider to be the essence of youthful electronic pop at the moment. They’ve got plenty of room for growth, but make no mistakes about it – Cynister are seriously going places right now.

If there’s ever an award for the most intriguing, thought-provoking song titles, John Vento would …