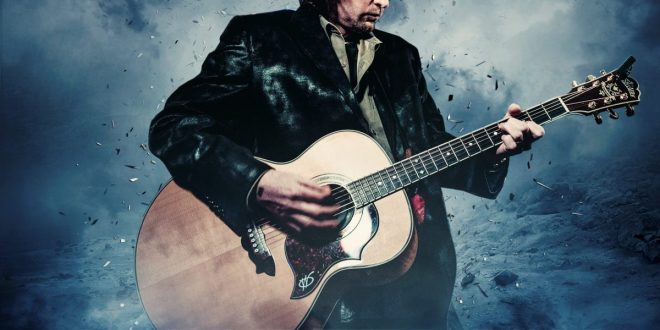 The Ottawa resident has released “Break The Fall” on MTS Records. The track is from his acclaimed Ron Nevison-produced album, “The Long Road Home.

“Break The Fall’ is a romantic tale of heartbreak & loss…And the power of one’s words bringing a belief in truth and change”— Cory M. Coons

“Cory has a voice for the ages, one that is radio-ready for the mainstream, yet unique and powerful.” – Tuned Loud

2019 has seen Cory M. Coons at the top of his game. Produced by multi-platinum veteran Ron Nevison (Heart, Bad Company, Damn Yankees, Survivor, Styx, Night Ranger), Cory’s album “The Long Road Home” has spawned no less than three radio airplay chart hits: “Would You Stay,” “Long Road (Dead Man’s Dream)” and “Once Too Many, Twice Not Enough.” The critically-acclaimed outing also garnered Coons two Radio Music Awards and a nomination at the Ottawa Sound Music Awards. If that wasn’t enough, Coons also released his first career retrospective album, aptly titled, “Retrospective.” That album contained another radio hit, “Crumbs,” which has also received more than 18,000 streams on Spotify. In fact, Cory’s music has been streamed more than 34,000 times on the leading streaming service.

Now, the prolific melodic roots rocker returns with his fourth single from “The Long Road Home:” “Break The Fall” (MTS Records). Coons says, “Break The Fall’ is a romantic tale of heartbreak & loss, with hints in the story of one that got away…And the power of one’s words bringing a belief in truth and change.”

Watch the lyric video for “Break The Fall” at https://www.youtube.com/watch?v=EQ_6u0sor4g.

Growing up in Eastern Ontario (South of Ottawa), Canada, Cory M. Coons has been passionate about music since his early teen years, and began learning guitar and bass, which led him to crafting his own melodies and musical ideas, while still in High School. Shortly after, Cory would continue travelling and performing in a variety of cover bands throughout the mid-to-late 90’s, in both Ontario and the Southeastern United States. Currently a solo recording artist and songwriter, Cory released “The Long Road Home,” produced Ron Nevison, with additional tracking/overdubs, and driving force on guitar, guitarist/engineer Marc D. Muir. Cory was just named Best Rock Songwriter for “Long Road (Dead Man’s Dream)” and Best Americana Artist for “Once Too Many, Twice Not Enough” at the 2018 “Radio Music Awards” on The Indie Music Channel. He also was a recipient of the 2014 “Studio Album Of The Year” for his Independent E.p “Share A Little Time” at the “Producer’s Choice Honors”, (formerly Los Angeles Music Awards), and is also nominated for “Rock Album Of The Year” this year for the first annual 2019 “Ottawa Sound Music Awards”. Other past nominations also include “Male Singer/Songwriter” and “Record Of The Year” in 2014, and in the “Rock Artist Of The Year” category for 2015 at the LAMA’s. He is a respected Freelance Guitar Instructor in the local St. Lawrence Seaway Valley and at Rock My House Music Centre in Kemptville, ON. Cory has opened and performed alongside such treasured National Canadian like like April Wine, Kim Mitchell, Glass Tiger and David Wilcox.