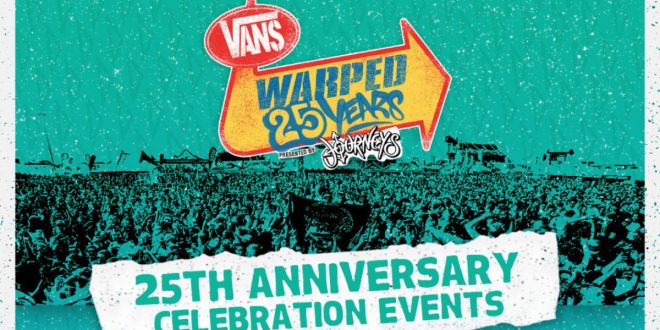 The massive punk-rock touring festival might have come to an end last summer, but Warped Tour‘s 25th Anniversary massive lineup is breathing new life into the event.

In a statement by Vans Warped Tour founder Kevin Lyman mentioned the significance of ending the celebrations in the Bay Area, as the Warped Tour and the bands they host made it a second home from it’s starting point in Southern California.

“I think probably close to half the bands on the first Warped Tour had some tie to the Bay Area,” Lyman stated. “There was the up-and-coming band The Deftones, and then of course the Fat Wreck [Chords] roster — Good Riddance, No Use For A Name, Face to Face, and Tilt.”

“With the [Vans Warped Tour] 25th Anniversary events, we want to bring the atmosphere of a classic Warped Tour show, but on a scale that our fans simply could not get with a national tour,” explained Lyman. “The bands, the special attractions, everything — we want to bring back elements that have made the Warped Tour, Warped Tour, over the past 25 years.”

Visit vanswarpedtour.com for tickets and info.