Home / News / Can music help us to heal? 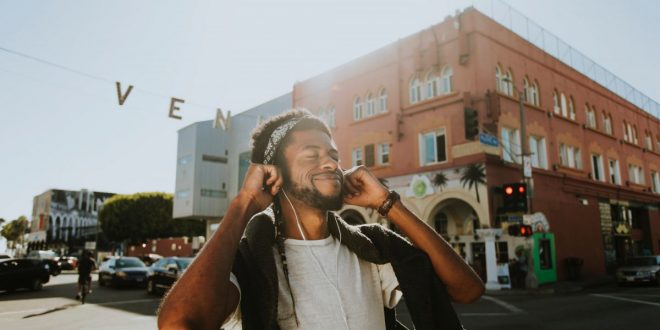 Can music help us to heal?

4
SHARES
FacebookTwitter
Can music help us to heal? There have been studies that have clinically shown that listening to music accelerates the natural healing process of the body in hospital patients. The scientific evidence is very positive but rather than quote scientific studies as proof of the ability of music to effect healing in our livesÖ I would prefer to approach the subject from less a scientific standpoint and more from a metaphysical standpoint.

So first I will play the devils advocate and say hypothetically if I were to lock you in a room and blast music at you that you disliked, at a very high decibel levelÖ Would you benefit from the musical assault? Would you be able to heal in such an environment? And did you know that the military actually uses music at high decibel levels for prolonged periods of time as a form of psychological warfare?

Why do I mention this? I mention it because with anything in the material world that involves the five senses there will always be an ìopposingî idea. The same is true for music. Weather or not music has a ìhealing effectî depends on the person listening to the music and their own belief system. Sound is merely a vibration that can be interpreted in a way that may or may not have a healing effect on the person. It depends on the individualís proclivities or intentions.

That being said, music can be an extraordinarily powerful tool for those who are able to utilize their sense of hearing to create an ìenvironmentî in which healing can take place.

Music is powerful because it is a language that somehow bypasses the intellect. Itís a language that we understand intuitively. One does not have to reason through music to comprehend it. The intellect can actually take a rest while one listens to music because the complex combination of sounds is beyond a reasoning process.

We instinctually know that In order to fully appreciate the depth and breadth of the musical communication it is best not to think. So we listen to music from a state of consciousness in which the mind is involved in minimal effort. It is almost completely at rest.

It is the nature of this rest that effects healing in our lives.

We live thought system that is dualistic. For every idea that exists within the intellect there is an opposing idea; (an idea that can be compared to the original). In a relative existence everything that exists is comparative. I demonstrated this idea above by showing the opposing ideas that relate to the question: Does music heal?

The intellect compares everything it seems to comprehend to everything else that comes into its awareness. Once the intellect learns something, it then uses that information as a reference point to compare new information to. A few examples of the infinite number of opposing ideas would be hot/cold, black/white, good/evil, sad/happy, day/night, wet/dry etc. There are also an infinite number of relative comparisons that exist between those general opposite terms. And so there can never be an ìabsoluteî point of resolution within the intellect. There will always be something else to consider because the nature of the intellect is dualistic.

In the book of Genesis the writer gives us a clue of the inherent nature of the intellect in the chapter on the fall of man. Adam eats of the fruit from the ìtree of the knowledge of good and evilî. This biblical story symbolically represents man/woman taking on an awareness of opposing ideas or a dualistic thought system. This new awareness is considered by the writer a fall from grace because it rendered the human being a self conscious creature, perceiving itself as separate and apart from its maker and having a conscious awareness of both good and evil. This example in the book of Genesis is only one of many references to the dualistic nature of the intellect put forth by prophets and seers throughout history. I wonít bore you with any more of them but understanding the idea can help us immeasurably in understanding what effects healing in our lives.

And so the intellect as marvelous as it is inherently causes strife in our lives because it perceives separation and duality at every turn. Where there is duality there will always be conflict. It is helpful to understand this because in so doing we can realize the intellectís inherent limitations and then explore what lies beyond its constraints.

hat weíve looked at the nature of the intellect and we know that when we listen to music we bypass the intellect then what state of mind or consciousness is left over when the intellect is at rest?

Joseph Campbell offers one explanation in the ìPower of Mythî when he talks about the symbolism of the statue of the Buddha with three heads. One head is directed towards the right or an awareness of good. One head is directed towards the left or the awareness of evil. The third head is directly center, is visibly serene, quiet and is immersed in the mind of God. This symbolic representation clearly indicates that the mind of God is not caught in the dualism of the thinking reasoning process. The mind of God is centered and one with itself. The mind of God is ìonenessî, balance, and equilibrium. It is the quality of this mind that is the agent of healing. It was through his remembrance of this mind the great one, Siddhartha became the Buddha.

And so what is left over when the intellect is ìrestingî is our true inherent state of being where there is no dualism, no separation, and therefore no conflict.

For a millennium Yogiís and Guruís have used music precisely for the purpose of calming the mind. Music helps to induce rest but it is the rest itself that induces healing because it is in this rest that we remember our inherent natureÖour oneness.

In his book ìDiscover the Power within Youî Eric Butterworth gives us a glimmer of the power and the proximity of this mind or ìinner state of beingî that we become aware of when we allow ourselves to ìlet goî and be ìstillî. He tells us ìThat whole of God exists within you as youî. Not that the whole of the Universe is ìcontainedî within you but that you are contained in the Universe as a wave is contained in the ocean. A wave can be a powerful force and even have an identity of its own for a certain period time in its relative existence. Then the wave melts back into itself, back into its own nature to be what it always was and always will beÖthe ocean.

So just as the wave melts back into its own nature, we have the opportunity to melt back into our inherent nature by allowing ourselves to rest, to go beyond a purely intellectual understanding of life and into a deeper aspect of ourselves, our soul, where all healing takes place, naturally and without effort.

Instead of listening to others sing, have you tried to sing yourself? Even if you are not experienced, you should give it a try. You can look around the web for beginner acoustic guitars, grab one that you like and make it your new hobby. Singing can be a great stress reliever for both adults and teenagers.

So can music heal? Music is one of the tools that we can utilize to explore where all healing begins. It is frequently used as a precursor to meditation and ìstillnessî.

So I invite to take a test! Listen to music that you really love, and ìletî the music sweep you away from your thinking reasoning self and into the stillness of your inner being. Once you are there you will be able to determine for yourself where all healing arises from.

Stephen Vicino is the founder of MusicExistence.com. He created this site to give talented musicians a voice and a way to be discovered.
@@svicino
Previous Gallery: The Suffers at Club Cafe in Pittsburgh, PA 02.19.19
Next Album Review: Badflower – OK, I’m Sick