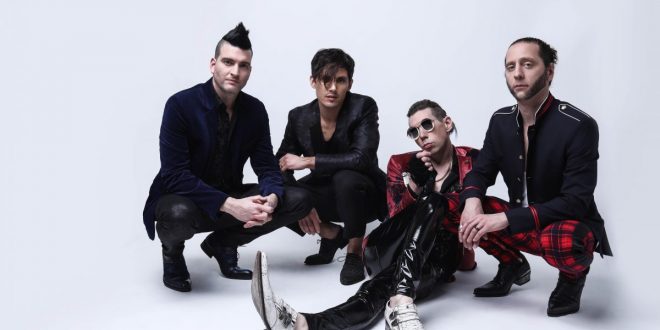 “I wanted to set an album from the perspective of someone descending into madness as he inhabits a house haunted by the ghost of his former love. I looked to Edgar Allan Poe for inspiration. Strangely, the date he was rushed to the hospital preceding his death was October 3rd, the same day our first album was released, and the same date I was once to be married. Even more strangely, we finished this album on January 19th, his birthday. I’m not one for superstition, but that does feel oddly serendipitous.” Says Josh Ramsay, lead singer of Marianas Trench.

Phantoms stays true to the pattern of past Marianas Trench albums in having a loose concept connecting all of the songs. While 2015’s Astoria paid tribute to 1980s fantasy films and 2011’s Ever After was based in a fictional kingdom of Toyland, Phantoms shows Ramsay and company addressing more adult situations.

The band recently announced their 2019 Suspending Gravity U.S. tour and tickets are on sale now and available HERE.