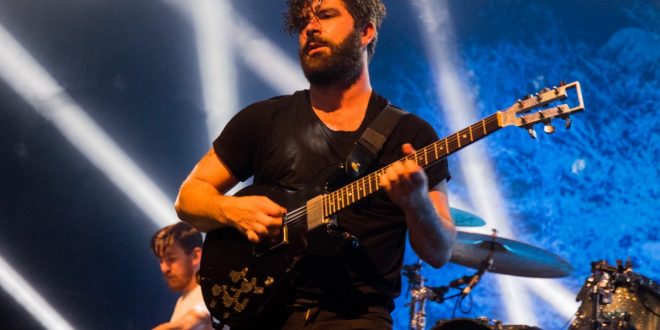 Today, Foals unveil “On The Luna,” the second track from their highly anticipated forthcoming album, Everything Not Saved Will Be Lost- Part 1 (March 8th, Warner Music). To coincide with the release of the strident new song, the band also releases an observational, documentary style music video which blends the visceral energy of their live show with intimate, behind-the-scenes footage from the ‘Everything Not Saved Will Be Lost’ sessions.

Earlier this year, Foals announced that they will deliver two new albums in 2019: Everythings Not Saved Will Be Lost – Part 1 & 2, a pair of releases, separate but related, they share a title, themes and artwork. ‘Part 1’ will be released on March 8th, with ‘Part 2’ following in the Autumn.

The band have also shared the music video for Everything Not Saved Will Be Lost – Part 1’s lead track, “Exits,” which was directed by Albert Moya, features actors Isaac Hempstead-Wright and Christa Théret, and was produced by CANADA.

Recently, Foals confirmed support from Bear Hands, Preoccupations, Omni, and Kiev on their twenty-date headlining US tour. Bear Hands will provide direct support, with Kiev opening, on the first leg of the tour in cities including Portland, Seattle, Los Angeles and Las Vegas. Preoccupations will provide direct support, with Omni opening, on the second leg in cities including Brooklyn, Washington D.C., Boston, and Philadelphia (full details below). Due to high demand, Foals recently added a third NYC show at Brooklyn Steel on April 12, and a second Washington D.C. show at 9:30 Club on April 18. The initial Brooklyn Steel and 9:30 Club dates sold out in under 24 hours, and the band has also sold out their show in San Diego.