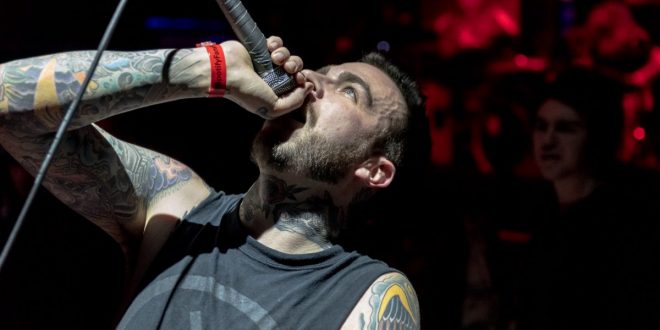 The Boston based hardcore band Great American Ghost were one of three supporting acts on the Metal Alliance Tour as it rolled into NYC and made its stop at Gramercy Theatre on Wednesday November 28th, 2018. With the show falling on a Wednesday along with a early show time to fit the five different acts in before the strict 11:00 noise curfu it was obvious that the crowd was still filling in and getting settled as Great American Ghost took the stage. Frontman Ethan Harrison gave it his all as he immediately jump off stage and took to the floor trying to ignite a fire in the half empty tough New York crowd. The size of the crowd obviously didn’t have any effect on the bands energy with Harrison performing pretty much the entire set from the floor. Harrison’s vocals were aggressive in traditional old school hardcore sense while instrumentally the band is technical and relentless placing them outside the box of a typical hardcore standard.

NewYork Based Photographer. Music Enthusiast with a background in Graphic Design. Whether I'm shooting a live event or just out wondering the streets its about capturing the moment.
Previous Single Review: Glorious – “Move”
Next Gallery and review: Black Tusk at Gramercy Theatre, New York City 11/28/19