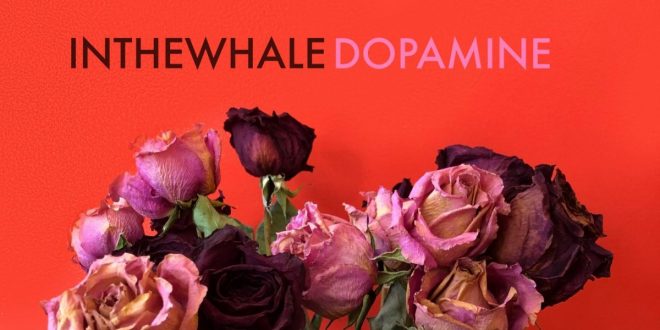 Album Review: In The Whale – Dopamine

Eight years packed with relentless touring, constant songwriting, and an impressive array of releases has built Denver’s punk duo In The Whale a die-hard fandom. The fandom is ever-expanding after ITW’s latest EP release Dopamine, a collection of six tracks that make you grit your teeth, mosh on command, and maybe shed a tear or two – and that combination is simply as punk as it gets.

Earlier this summer, ITW gave us a taste of the forthcoming EP with their single release of “Highways,” a track that spools out a fresh yet nostalgic grunge rock vibe thanks to producer, mixer, and engineer Steve Evetts – whose work expertise extends from The Dillinger Escape Plan to Every Time I Die to Glassjaw. “Highways” captures the collective headspace of Valdez and Riley after incessant touring and time on the road. It explores the raw emotion that accompanies the sacrifice of convention and normalcy in exchange for a life at the mercy of rock n’ roll. It’s a true stand-out single, showcasing vulnerability under the guise and protection of thick layers of grunge.

It’s the fusion of building, abrasive drums with muffled, fuzzed out guitar that creates a full landscape for Valdez’s notably maturing lyrics – an obvious result of eight-years digging deeper and wider into the genre of punk and life on the road. Let’s also note how this duo manages to create a sound some five-piece bands work years to achieve.

“Highways”, along with the rest of the EP, was recorded at the Foo Fighters’ famed Studio 606, the studio that Dave Grohl started in his basement in Virginia but has since moved to Northridge, California. “Recording at Studio 606 and working with Steve Evetts honestly felt like a dream come true,” said Valdez, according to the press release. In my humble opinion, ITW deserves every bit of their dreams coming true. They put in the leg work. They’ve risen organically to where they are today due to nothing but elbow grease and relentless hard work. It’s rare to find a group, whether in music or otherwise, who can point at all they’ve achieved and say “Hey, I did that.” No cutting corners, no beating around the bush – simply blood, sweat, and tears in true rock n’ roll fashion.

In The Whale began their summer tour supporting long-standing punk rock band, The Descendents, before heading out on their own three-month-long headline tour across the U.S. But, in true ITW form, they didn’t stop there, and hopped on Authority Zero’s tour before taking an brief break at the end of October. They will, of course, be back touring from mid-November through December. Check their socials for more information and tour dates! If you ever get the chance to see ITW live, do yourself a favor and buy a ticket. If this EP doesn’t automatically drag you into their every-growing fandom, their live show will. You’ll leave with ears ringing, mind blown, and probably a new band t-shirt – because I’m sure you needed another one of those.

Dopamine is now available to stream on all digital music platforms. Check out their website for tour information, new releases, and rad merch at InTheWhaleSucks.com.