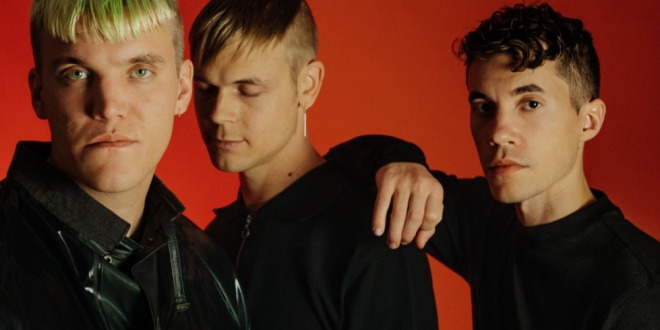 LINES, the Scandinavian purveyors of industrial synth-pop return with their new single ‘People’. Already championed by friend and fellow Swede Tove Lo, the infectious track features gang vocals from Adele Kosman over a bed of lush synths and a commanding melody; a future anthem.

The story of LINES began when Erik, Fred and Nisse decamped from their native Sweden on a trip to lose themselves in the hedonism of Berlin’s nightlife. Under the influence of a higher power lines were drawn and blueprints made. ”It still feels like we’re on mission from god to save pop music.” And though the band was born in Berlin, rave capital of Europe, we find their roots in Stockholm’s indie scene.

Keeping the tradition of the Swedish electronic music scene pioneered by bands like The Knife and Teddybears, LINES combines timeless melodies with heavy synths and innovative twists. It’s unadulterated euphoric nihilism expertly distilled into high speed adrenaline pop. With lyrics that deal in excesses and extremes, LINES produce defiant and socially conscious alt pop that deals with themes of isolation, escapism and what the band call “obsessive and destructive love.”

“We’re not Rage Against The Machine in our politics but we try to express some kind of social commentary between the lines”. At their core LINES are a band with DIY ethics – writing, producing and mixing their own material in their self-built studio. They’ve self-directed and produced the bulk of their music videos and thrown their own 24 hour release parties. LINES now have their sights set on using their non-conformist pop to make a connection with audiences in their native Sweden and beyond.

Already a favorite on Spotify, amassing an incredible 6M+ streams for their single “You” which followed their debut single “Weekends”, the band’s return is the much needed dose of electrifying pop that 2018 is missing.