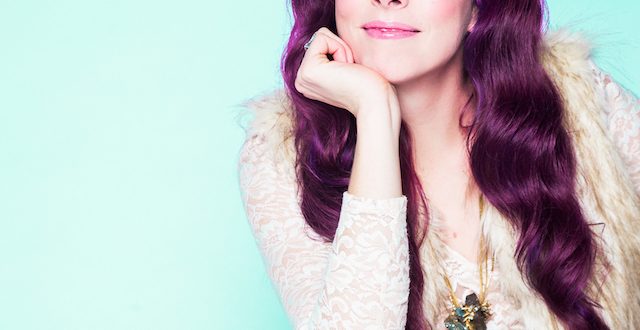 Sarah Clanton Set to Release New LP – Here We Are

Nashville, Tennessee is home to one of the toughest and most cutthroat music scenes in all of America, and right now its most intriguing young artist isn’t a country singer. It’s actually indie pop goddess Sarah Clanton, who has a new record titled Here We Are coming out this November that promises to crater her scene and her genre like no others have in this era. Clanton might not be a cowgirl with an acoustic guitar and a pickup truck, but around Nashville her moniker is no joke. In her brief career her name has become synonymous with expert level play, and Here We Are introduces a larger audience to her addictive style of pop.

You don’t have to be an expert in the fine arts to recognize how amazing of an album Here We Are really is. Produced with upmost care and attention given to even the smallest of details, Sarah Clanton’s new LP doesn’t date itself to this time period by employing kitschy overdubs or innate external influences. Here We Are lives and dies by its exclusively fine-tuned songs, each of which are more elaborately designed than the ones that came before them in Clanton’s previous output.

The muted stomp of Here We Are’s “We Belong” sensuously traps us in its hook and doesn’t let us escape, forcing us to receive its message of togetherness in all of its relentless radiance. The song is relatable to the near-universal disconnect that has run rampant in everything from politics to our own interpersonal relationships in the 2010s, but its lyrics aren’t its only claim to fame. Musically “We Belong” is an atmospheric tune that washes over us like a cluster of clouds and engulfs us in its suffocating harmony. It’s one of the more abstract songs on the record, but also one of its most thought provoking.

The fragile cello in “Can’t Find the Words” is another one of the featured stars of Here We Are, and for fans who aren’t very familiar with Sarah Clanton’s work it provides an excellent gateway into her musical persona. Devoid of any traditional lyrics, the track focuses solely on Clanton’s cello and the dissonant jazz rhythm that circles around it like a group of sharks waiting to go in for the kill. I’ve never been a huge fan of instrumental tracks in vocal records, but in this case the song does so much to propel the album forward that it’s impossible to imagine Here We Are without it.

Sarah Clanton wraps up Here We Are with a rendition of the sweet soul standard “Oogum Boogum” that is almost guaranteed to dance around your brain for days after first coming into contact with it. In addition to being a wonderfully original cover of a classic song, it gives us a glimpse into what Clanton’s further work might sound like – still jazzy, a little funkier and with a touch of ambient surrealism. She might be coming out of the most competitive scene in the country, but few musicians alive today can boast the mammoth talent in the studio that this songwriter does with everything she records.