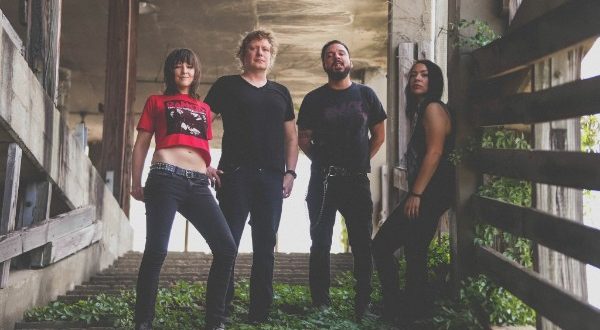 Taco Mouth has had a busy summer recording their first full-length album with Michael Wagener, A Deafening Silence, which is set for release on October 26, 2018 and includes four newly recorded songs off of their EP, as well as six brand new songs. From drunken nights to taking down bullies, and even defying the president, A Deafening Silence is full of head-shaking hooks, and most importantly, the fire that fuels punk rock music. 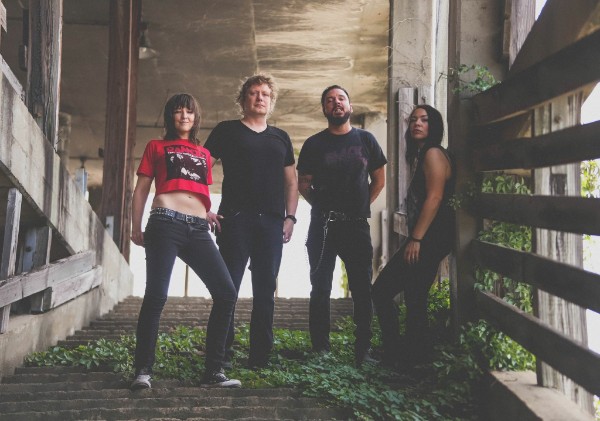 Taco Mouth is the brainchild of Erica Sellers, who grew up in Louisville, KY and began her musical journey in 1999 after begging her parents for a guitar. In the summer of 2011, after playing in several bands, Sellers decided to start one of her own. This new project led to her meeting drummer Angela Lese through a mutual friend. They hit it off, socially and musically, and started a band called CatFight. Erica wrote all the music and lyrics, and the band signed to a local label, Little Heart Records, publishing their self-titled EP in 2011. After gaining regional notoriety, Lese relocated to Nashville in 2012, making it difficult for CatFight to play shows. After immersing herself in the Nashville music scene, Angie pleaded with her best friend to move to town so they could continue performing together. By the time Erica moved in the late fall of 2013, Angie had already started playing music with three other girls in town. Eventually, Erica was invited to one of the rehearsals, and that night a new band, The Dead Deads, were born.   After several national tours and two full-length albums, Erica and Angie left The Dead Deads in October of 2017 and have gone back to their roots of having fun and making music that matters most to them, morphing their love for old school, angsty rock ‘n roll and dance music into one.

In late 2017, Taco Mouth was born, a mash-up of 60s-era rock and pop hooks; think the Ramones and the Yeah Yeah Yeahs, or The Runaways and Awolnation. They’ve since added their very talented lead guitarist Shawn Hammer (engineer of Chevelle, Conor Oberst, Cursive) and badass bassist Flip Cooper (Damon Johnson, Brother Cane). Taco Mouth is produced by the master himself, Michael Wagener(Dokken, Metallica, Skid Row, etc.), and together they’ve created what feels like a true musical reemergence. Politics and partying; rock grooves and pop hooks; a movement. No matter how you categorize Taco Mouth, they’ll make you experience a night similar to the old CBGB days where rock mattered. The underdog mattered. That’s what this Taco Mouth movement is all about. 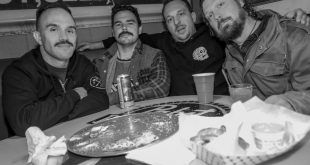