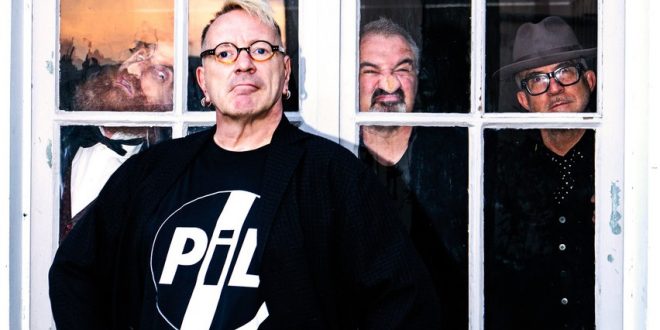 John Lydon, Lu Edmonds, Scott Firth and Bruce Smith continue as Public Image LTD and remain the longest stable line-up in the band’s history. The Public Image is Rotten: North American Tour arrives on the heels of the band’s just wrapped headlining UK/Europe tour which included sold-out shows as well as festival performances and Japanese dates. The group’s worldwide tour in 2016 was regarded by many as the best performances the band have ever played; it followed the release of their 10th studio album ‘What The World Needs Now…’ (2015) and the critically-acclaimed ‘This is PiL’ (2012) which marked the band’s first album in 17 years. ‘What The World Needs Now’ peaked at number 29 in the official UK album charts and picked up fantastic acclaim worldwide from both the press and public. (The album also peaked at # 3 in the official UK indie charts and # 4 in the official UK vinyl charts). ‘What The World Needs Now…’ was self-funded by PiL and released on their own label ‘PiL Official’ via Cargo UK Distribution.

Widely regarded as one of the most innovative and influential bands of all time, Public Image LTD’s music and vision has earned them 5 UK Top 20 singles and 5 UK Top 20 albums. With a shifting line-up and unique sound, John Lydon guided the band from their debut album ‘First Issue’ in 1978 through to 1992’s ‘That What Is Not’. After a 17-year hiatus, Lydon reactivated PiL in 2009 by taking them back on the road worldwide.

Further happenings surrounding the 40th Anniversary of Public Image LTD in 2018 include a career-spanning boxset and the theatrical release of a brand-new documentary film on the band titled The Public Image is Rotten. Available now, The Public Image Is Rotten (Songs From The Heart) is a 5CD/2DVD boxset package featuring the PiL Singles Collection (1978-2015), B-sides, Rarities and a Live concert from New York Ritz in July 1989. The DVD also includes PiL promo videos + footage from the BBC’s Top Of The Pops and Old Grey Whistle Test as well as two legendary full PiL concerts.