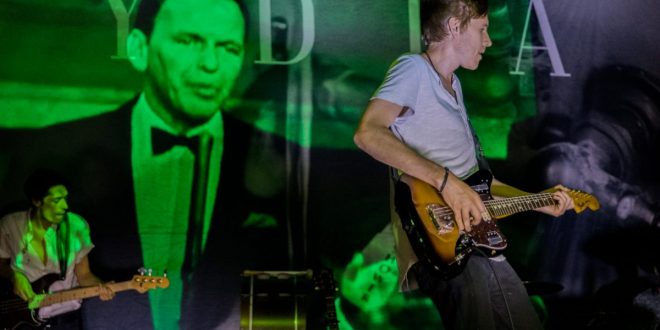 Gallery: Lydia, Cherry Pools, and Funeral Advantage at The Sinclair in Cambridge, MA 08.11.18

Editor’s note: Arizona-based indie-rock band Lydia are back once again with a brand new album. Liquor – the band’s seventh studio album was released earlier this summer via Weekday Records. “I don’t know if we’ve ever been a band to sit down in a room and Led Zeppelin-jam out songs,”  says frontman Leighton Antelman of writing the album. “We have our own separate studios in our respective houses, so we all kind of write on our own.” Liquor also marks the first time in a decade that Lydia is releasing work under a record label: Sony imprint Weekday Records, which is also home to singer Lauren Ruth Ward, who appears as a guest on the yearning, organ-tinged anthem “Red Lights.” Lydia have taken their new album out on the road and on Saturday night were in Cambridge, MA at The Sinclair.

Previous Gallery: Sharptooth at Mansfield Vans Warped Tour 7/27/18
Next The Dead Daisies Kick Off U.S. Tour in Support of New Album, Burn It Down