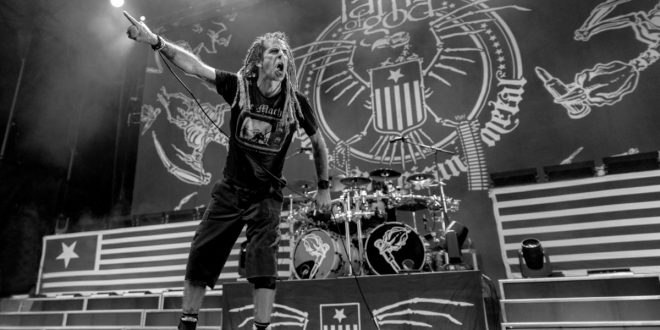 Gallery and Review: Lamb Of God at Northwell Health at Jones Beach Theater 7/29/18

One of the hardest hitting bands in metal today Lamb Of God, brought their very own version of “Pure American Metal” up from Richmond, Virginia to the stage at Jones Beach along with drumming beast Art Cruz (Prong, Winds of Plague) who will be filling for Chris Adler for the remainder of the tour do to unseen circumstances. In direct support for Slayer on their “Final World Tour” one would only think those are big shoes to fill, especially following the classic thrash metal performance Anthrax served up to the crowd right before Lamb Of God took to the stage. That would only prove to be no problem as they propelled themselves right into “Omertà”, with the crowd already engaged in a frenzy they were lead straight to the “Ruin”. After asking the crowd to give him a big Ric Flair “WOOOO” which the crowd was eager to reply right back, Blythe then dedicated the next song to everyone in the New York hardcore scene and let everyone know it time to take a “Walk With Me in Hell” and would then dedicate “Now You’ve Got Something to Die For” to the men and women of the armed forces. With the sun starting to set and the lights growing more intense Lamb Of God continued to pound on the crowd with “512” and “Engage the Fear Machine”. As smoke filled the stage after a brief encore it was “Blacken the Cursed Sun” that lead up to the next song “Laid to Rest” which Blythe would dedicate to Slayer after asking the crowd to “makes some fucking noise for Slayer”. With the introduction of the final song of their set, Blythe announced it was time for the biggest pit of the show, he then made it clear that he wanted to see everyone on the dance floor moving in one giant circle and no one was to be standing still as they annihilated Jones Beach with “Redneck”. With a roaring ovation Blythe would give the fans one last Ric Flair “WOOOO” before leaving the stage.

NewYork Based Photographer. Music Enthusiast with a background in Graphic Design. Whether I'm shooting a live event or just out wondering the streets its about capturing the moment.
Previous The risk and effects of noise-induced hearing loss in musicians
Next Gallery and Review: Slayer at Northwell Health at Jones Beach Theater Wantagh, NY 7/29/18 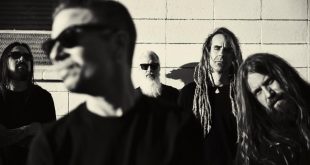