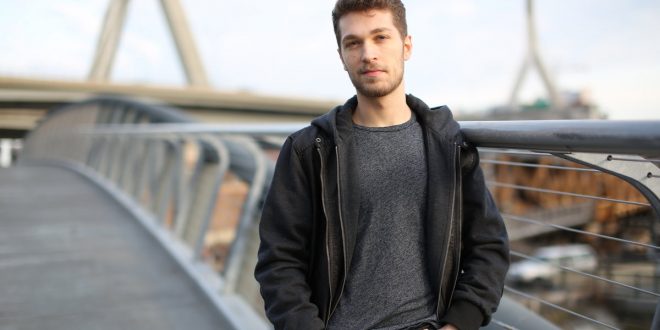 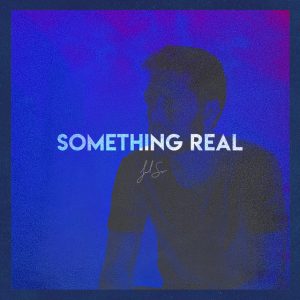 Jacob Seeger is a rising singer-songwriter who established his craft through self-taught sufficiency. The limelight was first cast on Seeger when he was just 17, following his victory in a local performance competition, Englewood Idol, where seasoned industry heads made note of his talent. Through his educational tenure at Fordham University’s Lincoln Center, he managed to kickstart his career by scoring an opening slot with Los Angeles rock duo Best Coast. From there, Seeger continued to earn acclaim through his self-produced debut, Girl – EP, as well as several follow-up singles within the next few years.

Now 22, Seeger has attained noteworthy proficiency with his most recent single, “Something Real.” Right off the bat, the song does work well as an auditory complement to its cover art, with a neo-retro soul sequence bringing to mind a late night blue color palette. Seeger’s voice benefits the track as a whole in its lacy chill pop factor, and there’s a generally well-implemented sense of dynamics between his vocal delivery and that of the instrumentation. It’s interesting to note that the song was originally intended for a TV pilot only to soon be scrapped. If anything, the song would fit nicely as part of a current gen rhythm game.

I come from a family who is passionate about all things music. I learned to sing at an early age, and by 13, had my very own Fender Strat guitar. I tried my hardest at learning all that I could. Because I was born with cerebral palsy, I had to teach myself an adaptive playing style. I learned to write and record my own music, despite these difficulties. In college, I started making great use of my writing abilities by reviewing music, as well as copy editing. I guess it's best to stick with what you know, while welcoming a fair challenge at the same time.
Previous EP Review: miralee – Stranger to Myself
Next Single Review: Krysle Lip – “King of Dreams”