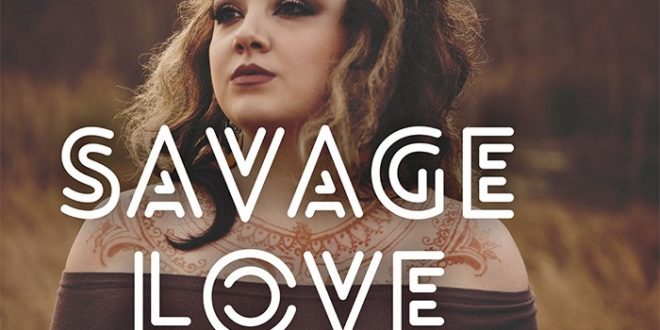 From That Summer (Vol.1) Compilation “Savage Love” by Nina Amelio

In an erratic sonic oasis existing between the atonal and melodic, Nina Amelio absolutely destroys on her hot new dance track “Savage Love,” one of the most anticipated singles of the summer and the most infectious set of grooves from the pop singer in her career thus far. While dance music has always been at the pinnacle of pop, summer is the one time of year when nightclubs seem to come alive more than any other, and right now with tensions in America as high as they are, we couldn’t be any more in need of a song to get us moving and grooving than we are at the moment.

With a thirsty bass that rumbles like an oncoming earthquake, “Savage Love” rips and roars with all of the intensity of an incendiary force that can’t be contained no matter how hard someone may try. The chorus rocks with such a pulse that the inevitable synchronization of your heartbeat with the drums is something that you really shouldn’t try to resist (it’s going to overwhelm you if you even consider the notion). Nina Amelio has no time for wallflowers, and her dancefloor is firmly under the command of her entrancing set of golden pipes on this song.

While pop singers aren’t seen as being obligated to make music that will be compelling to critical circles as well as a hit in the club, “Savage Love” has such a plethora of intriguing content and intricacies bonding it all together in one epic package that even the snobbiest of music fans will find something to really connect with in the song. Amelio has so much confidence in the studio that it begs the question of what she’d be like live and in person. I’d love to see her expand from small, limited tours to something on a nationwide scale. I have a strong feeling that she could definitely find the attention that she’s been looking for on the west coast, where her brand of elaborate indie dance pop is enjoying total rule over the other styles of electronically engineered music right now.

One thing that I myself have come to learn in the last couple of years of writing about new artists has been that the soundboard is the best instrument that musicians have at their disposal right now to generate music that goes beyond any of the audiological boundaries that we have been convinced were unbreakable for far too long. Nina Amelio is truly an artist that would shine whether she was singing acapella or in front of a four piece rock band, but it’s interesting that she chose to pursue a career as a studio-minded pop artist. That could be why she’s such a thrilling find amidst all of the drab and poorly planned out misfires of her scene and further why every critic in the country is eating up “Savage Love” like it’s a rich delicacy that could spoil if left out for too long. Whatever it is about her that makes her music so amazing, it’s enough to have earned her at least one new hardcore fan in this journalist.

Stephen Vicino is the founder of MusicExistence.com. He created this site to give talented musicians a voice and a way to be discovered.
@@svicino
Previous Album Review: Homesafe – One
Next American Idol Live! 2018 Tour Kicks Off July 11 – Interview with Jurnee