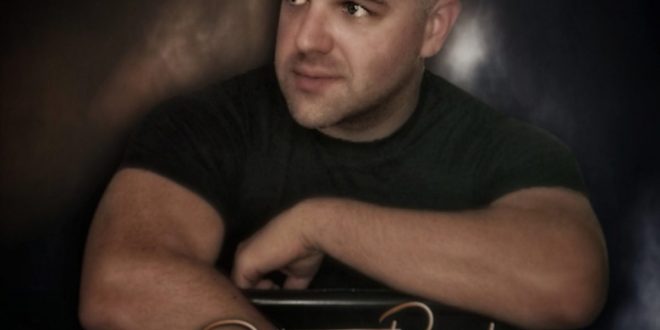 Spending literally his entire life devoted to learning how to create compelling music on his own, Massachusetts-based singer/songwriter Derek Picard clearly has a passion for music. He’s been involved in the local music scene since the late 90’s and has done work for radio, film and stageplay. Throughout the years, Derek has explored all kinds of music genres to fit the various projects he was hired for, but has always desired to work on his own original music. He recently announced the release of his latest single, the mesmerizing pop-rock song “Sweet Surrender”, describing the feelings and mindset that come along when a person finds themselves surrendering to true love, one of life’s most unforgettable and valuable experiences. This is one of Derek’s many songs scheduled for release in the near future.

“I am very excited to be releasing ‘Sweet Surrender’, a song that is relatable and fun,”  commented Derek. “I don’t doubt that many listeners will appreciate the lyrics having felt just the same way about that special someone. It’s a song that makes us feel good about being alive and in love. What could be better?”

In addition to being a devoted musician, Derek is also devoted to public service working in Massachusetts as a Court Officer and enjoys being involved in the community. This sense of giving comes through in his musical creations and goes a great way toward explaining why his work has been so popular.

“Sweet Surrender” is available on Spotify, iTunes and across other digital music platforms. Listen Here on Spotify

Early feedback for the song has been very positive.

Michelle S., from Maine, recently said in a five-star review, “I try to listen to music that brightens my day and Derek Picard hits the nail on the head with Sweet Surrender. It’s constantly on my playlist and I keep catching myself singing it at work. I can’t wait to hear more of his music.”

To stay up to date with the latest from the prolific and charismatic New England musician, join his e-mail mailing list, with sign-ups available on his upcoming website at www.derek-picard.com.

Stephen Vicino is the founder of MusicExistence.com. He created this site to give talented musicians a voice and a way to be discovered.
@@svicino
Previous Can You REALLY Learn to Play Guitar Online?
Next Welsh Avenue Present ‘Disco Moon (Radio Edit)’