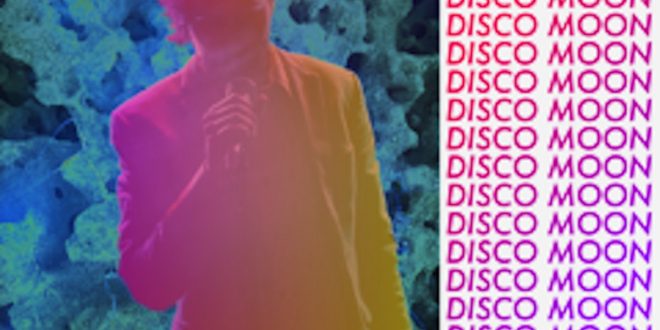 One canít be certain how NASA or Space X might feel about Welsh Avenueís ìDisco Moon.î Then again, these are folks are much more concerned with science, than dance music. Sadly, both moon trips and discos are relatively outdated cultural items now. Nevertheless, this doesnít keep Welsh Avenue from dancing ìto the lunar groove,î as one lyric line states it.

Welsh Avenue, our dance space traveler, is Mark DiLillo who is from Round Rock, TX. Of course, one might expect Welsh to be from Houston, home of the space program. But Houston, we donít really have a problem with that. At one point during the track, there is a countdown, which sounds much like a real spaceship blastoff. There are also craters filled with ìsonic perfume,î whatever that is, referred to in the songís words.

DiLillo may sing about outer space dance parties, but his voice is not at all like any stereotypical disco singer you might recall. He sings with a — for lack of better term — lounge-y voice. Itís a relaxed, laidback approach.

The trackís musical backing is a combination of various electronic rhythm and melodic elements. Yes, itís a disco beat, but itís as much about astronautical imagination, as it concerns dance. Itís also slightly utopian. The thought that one can visit the moon, far from all of Earthís social problems, sounds like a dream come true. And this makes sense when you also consider how dancing, and dance music in general, has the medicinal effect of being momentary escape. When youíre moving to the music, loud music, surrounded by joyful dancing faces and bathed in colorful lights, oneís problems can seem far away. Welsh Avenue even begins the songís lyric by stating, ìAs we escape into the galaxy.î

With the way DiLillo enunciates this song, he sounds a little like the Father John Misty of dance music. One is just not ever entirely sure heís wholly sincere. Itís as if heís playing with his imagination, instead of expressing excitement over such an unusual dance party possibility.

At the end of the day, Welsh Avenue is the work of an experimenter. DiLillo is likely not attempting to start a disco revolution. Instead, heís just trying to play with the forms. Thereís a sci-fi lyrical imagination, matched with a dance beat. And space has been the subject of pop music many times before. Perhaps, never better than David Bowieís ìSpace Oddity.î In Bowieís case, though, he attempted to put himself in the spacesuit of a space traveler, the same way Elton John did with ìRocket Man.î

Welsh Avenue is not quite so serious, though. This is just a fun dance song, which is mostly meant for a good time. And, ultimately, the song is a good time.

Stephen Vicino is the founder of MusicExistence.com. He created this site to give talented musicians a voice and a way to be discovered.
@@svicino
Previous Massachusetts Songwriter/Performer Derek Picard Announces Release of new Pop Single “Sweet Surrender”
Next GALLERY: Ne-Yo on Good Morning America, NYC 06/08/2018