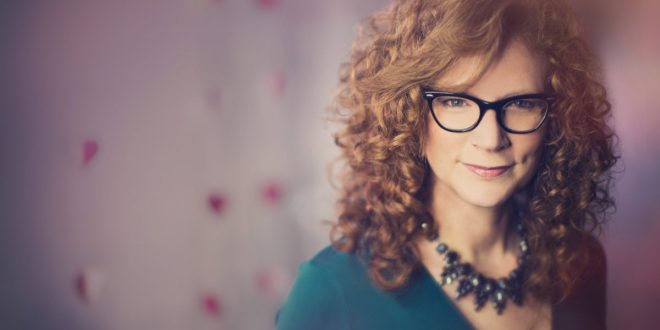 Bluegrass never sounded so good with Becky Buller as a leading example, coming with a songwriting catalog which includes Ricky Skaggs and Rhonda Vincent, among others. The award-winning artist can sing and play guitar with the best in the business, and bluegrass is hard to play. It takes the best of one’s ability to pull off even half of what this band is capable of, which Crêpe Paper Heart proves with every listen. The opening cut, “Another Love Gone Wrong” sets the tone for what goes on to be an album that is unmatched, by a band that is without peer.

With the grace of her voice, also comes bluegrass and country guitar playing chops that won’t quit, as the next track, “Bitter Springs To Big Trees” contains an amazing showing of and then some. These are musician’s musicians, to say the least, and Becky Buller only works with the best. The intricately played and playfully sung “John D. Champion” is a song co-written by Lynda Dawson, about the story of a Raleigh, N.C., WWII test pilot who went back to farming after the war, as told in technicolor by Lynda’s father-in-law, Harry Dawson. This is a charming track which something the album is in no shortage of.

Every song on this hot new album contains an energy, spirit and precision that most on the scene would only dream of possessing, and that’s putting it mildly. It’s backed by a wholesome quality that only bluegrass and some country are famous for, with an almost holy feel to some of it. This can be found particularly on the instrumentals and tracks like the great “Cair Paravel” and “Speakin’ To The Mountain.” The strings are so clean they sparkle, and when Buller sings, her angelic voice takes you over and the rest is history. Her vocals effortlessly compel whether she’s singing or humming.

Other tracks included are “The Rebel And The Rose” with co-writer Tony Rackley and Buller coming together on vocals with a heartfelt duet they recorded about a boat. And “Maybe” is a very enjoyable piece Buller describes as “stark,” and it adds a lovely contrast to what are mostly straightforward bluegrass songs played with pure precision. The album closes with an excellent cover of “Phoenix Arise” which is a track penned by Lisa Aschmann and Mark Simos, featuring guest vocalists Stephen and Jana Mougin. The bonus track was originally released it as a digital download benefitting the MadeliaStrong.com website to help the people of Madelia, Minn.
AMAZON: https://www.amazon.com/Cr%C3%AApe-Paper-Heart-Becky-Buller/dp/B079GKQBF8
Alan Foster

Stephen Vicino is the founder of MusicExistence.com. He created this site to give talented musicians a voice and a way to be discovered.
@@svicino
Previous Gallery: Cradle Of Filth Live At The Belasco Theater In Los Angeles, CA 04/19/18
Next Carolee Rainey Releases New Album, ‘Feel Fearless’