Home / News / New Album By Lord Nelson – ‘Through The Night’ 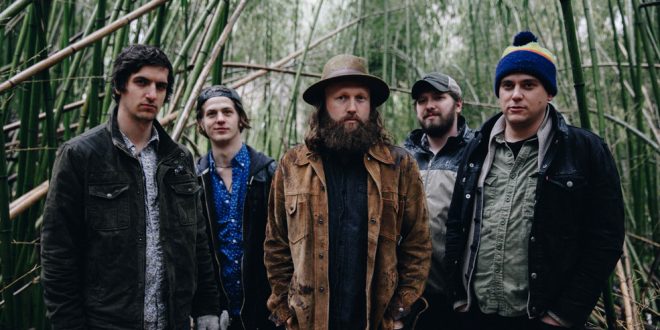 New Album By Lord Nelson – ‘Through The Night’

As a keen observer of life and relationships, the changes in the social environment, Lord Nelson, the Virginia based band, weave their songs with the seamless woof of their emotional and practical insight about their personal experiences. Lord Nelson’s newly released their second music album, ”Through The Night” feels like something between the traditional mainstream soft rock and roll merged with the Americana sound of the alternative underground. Through the pure organic, warm, and fresh sound of the album, the band tries to share their feeling and emotions with the audience in a smooth and captivating story-telling mannerism. The sound reaches to the ears of the audience in a comfortable manner, inspiring their imagination to get a pair of wings and fly off.

‘Through The Night,’ is a collection of ten songs, driven by instruments like piano, organ, horns, and guitar. The album opens with a smooth and comforting subtlety, soaking the listener’s mind into tiny and simple details. As it starts moving on, the mastery of the chorus makes the impact of sound and melody too strong and it would definitely leave a mark in the listener’s mind.

The rocking environment begins with the very first song, ‘Second Chances.’ The classic rock guitar notes, accompanied by exuberant drum beats, the smooth yet bold vocal tells the story of a man, who is preserving the memory of the woman he loves. The song evokes the emotional pain and sentimental softness, revealing the man’s hope in a possible second chance with his ladylove.

The second song of the album, ”Tail Lights” keeps the energy sustained in it, the potent, smooth, and ear-soothing vocal leads the song, and somehow goes beyond the instrumental part. ”Black Hills”, is the next song in ”Through the Night”, and this song has earned positive appreciation from the audience. It seems like, Lord Nelson has put the best effort into building the song. The Americana guitar riffs along with the flawless drum beats, the powerful vocal have altogether reached the song to the pedestal of greatness.

After ”Black Hill”, there comes a more upbeat song, titled, ”Fingertips”. This song is a joyous and sparkling blend of jazz-soaked horns and cheerful drums. The song has become a medium to take the flight to reach the musical glorifying days of 70’s. The 80’s pop-rock vibes have been revived and rejuvenated with a modernized finish, in the next song, ” Call Me”. ”Good Time” is the next entry to the ”Through the Night”. Lord Nelson has chosen the horns, drums, and playful guitar strings that can accompany the song. This song mainly tries to seize the attention of the listener to the quick glimpse of the happy moments of life and its pleasures. The emotional and sentimental chaos comes to the climax in the last soundtrack, ”Running On Back”, stepping with the captivating lyrics and skillful instrumentation.

The ten songs of ”Through The Night” features organic rock and roll composition. Once the audience listens to the album, the music and lyrics will vibrate in their minds for a lifetime

Stephen Vicino is the founder of MusicExistence.com. He created this site to give talented musicians a voice and a way to be discovered.
@@svicino
Previous ‘Not Your Typical Day Out’ by Jiggly Jones
Next Show Review: Casey at Satan’s Hollow in Manchester, UK | 4/17/2018