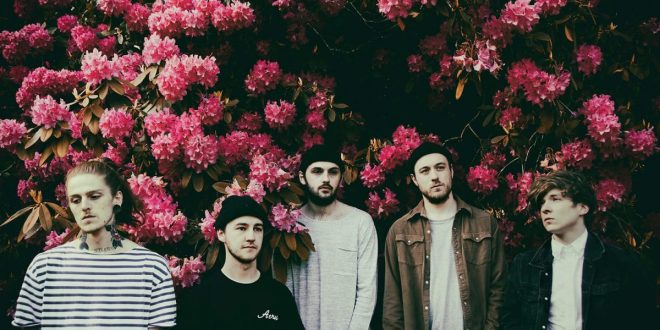 After the great success of their brand new album Where I Go When I Am Sleeping, I was able to catch the melodic hardcore overlords Casey, in Manchester while on their first ever headline EU/UK tour to celebrate the release and success of the album. It was an exciting feeling to wonder whether the raw and emotional stories that are exposed on the album, were able to successfully be translated in a live experience.

The first support act of the night was from local support CANVAS. Some great heavy music to kick start the night in the perfect venue and was probably the heaviest band of the night.

Canadian post-hardcore rockers Rarity were the second opener of the night where many fans clicked with the lyrics and melodic sound that the band delivered to the audience. Opening their set with fast-paced Realm from their debut full length record I Couldn’t Be Weaker, which actually hit it’s two year anniversary just two days prior to the show. Absent, (also from the album) was a fantastic song live, with the absence (no pun intended) of State Champ’s Derek being no harm with great vocals and stage presence from frontman Loeden.

Rarity then ended their set with one of the heaviest tracks from their album, Orchid, which is originally a collaboration with Joshua Hanusiak which certainly got the crowd rowdy enough for the next support act of the night.

Endless Heights. Aussie rockers who totally lured the crowd into their dark instruments and gripping lyrics and vocals by frontman Joel. Opening the night with short song Taste It which quickly lead to anger driven You Coward was the perfect start to the lads’ set. The lad’s quickly silenced the whole room during their slowed down track from recent album Vicious Pleasure, Paralyse, then amped it up to go into the heaviest song on their hit album Run, my personal favourite from their set. Their biggest single Come A Little Closer was the highlight of the night with the crowd singing just as loud as Joel.

Final to the stage, the headliners: Casey. Opening up with emotional album opener Making Weight, was the perfect emotional kick-start to what we can expect from the set, lyrically. Phosphenes was the second to play. These first two songs showed us the two extremes that Casey are capable of, opening with a slow, almost poetic, heartfelt experience, and then phosphenes exposed us to the crushing screams and shouts that frontman Tom Weaver was so good at.

For me, the best part of Casey’s set was the balance between heavy and soft songs. The screams that we are used to from post hardcore was given to us perfectly on tracks like Fade, Mourning and Little Bird went hand in hand with slowed down tracks such as Darling, Teeth, Bruise and of course the self titled album track Where I Go When I Am Sleeping. The demonic venue was also a factor to how great the show was as a whole, which was set up as hell and terrifying enough to make any elder to run the other way.

I'm Shay! I'm a University student in West Wales, UK. I'm all about music.
@rockdrivermusic
Previous New Album By Lord Nelson – ‘Through The Night’
Next Interview: Joel and Matt of Endless Heights