Home / Press Release / ‘Not Your Typical Day Out’ by Jiggly Jones 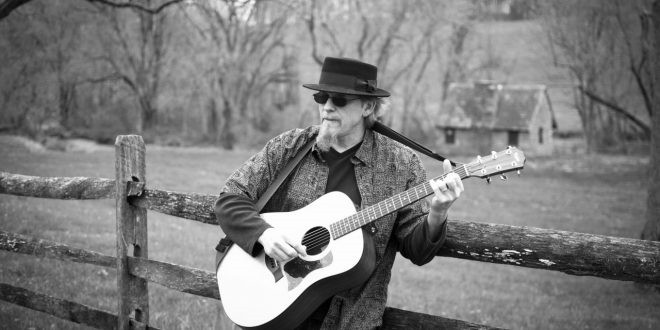 ‘Not Your Typical Day Out’ by Jiggly Jones

Not Your Typical Day Out, by Jiggly Jones, is the new full-length Americana/Folk album from this award-winning songwriter, who’s live performances from Nashville to New York have led to many open doors for him which include playing at BB King’s and the Earnest Tubbs Record Shoppe on Broadway. The ten-track LP is chock full of singer/songwriter and Americana gems that once you’re used to, you can’t get them our of your head. This can be noticed within the first few bars of the opening tune “Danger Island” with its not so typical tale of a day out with the animals, and it’s a pleasant little gem.

The first thing you notice about “Wide Awake” is how completely different it is from the former track, with less melody but a lot more vocal swagger. It’s about waking up to beauty, as he describes some of the finer things about being alive and sharing time together. Jones has a voice that you don’t hear every day, and he squeezes a lot of that character out in this song, which is more playful than serious sounding. The next song opens with some playground noise before another great tale is told by Jiggly Jones in the shape of “Vibrant” and it’s another smash with the same playground atmosphere to end the track.

With the little people of the last song to make his world go around, as the lyrics describe, Jones answers back with “Del Alma,” a peaking track on the album with a ballad that shows some of his best songwriting skills on the whole album. This is definitely-one of the best cuts with Jones singing at the best of his capability, which features him in a different light. The use of a lot of different instruments really fills this one out to make an epic song, with some laughter at the end. It also makes you wonder who besides Jones is on the LP to accompany these songs so well.

“That Pearl” is played in also what is a vastly different style than the album starts out, and it keeps the set fresh instead of confusing the listener. It falls somewhere between the hottest five tracks, singing about how we are the only ones who matter around the world. This is pure Americana for the masses, and very good at that. “Warm” starts to take the album down the back side with some nice backing vocals and another message from Jones that won’t quit. And “Grey” contrasts it perfectly with another smooth track which almost has a Beatles ring to it and some more nicely layered backing vocals.

With the next track, things stay the cool course with “Flow” bringing the album down with a true showstopper. This is an amazing song that seals the deal for this album before it’s all over and you’re hitting the loop button. The same goes for both “Restless” and the grand finale, “Rain” but once again for completely different reasons, because there no similar tracks to the next on this poignant album full of variety by the remarkably original Jiggly Jones.
TWITTER – https://twitter.com/JiggleyJones
John Birch

Stephen Vicino is the founder of MusicExistence.com. He created this site to give talented musicians a voice and a way to be discovered.
@@svicino
Previous Show Review and Gallery – Joyous Wolf in NYC at The Gramercy Theatre on 04/05/2018
Next New Album By Lord Nelson – ‘Through The Night’

With more than 25 years of hands-on experience in music and creative art, Clint Maedgen exemplifies hard …